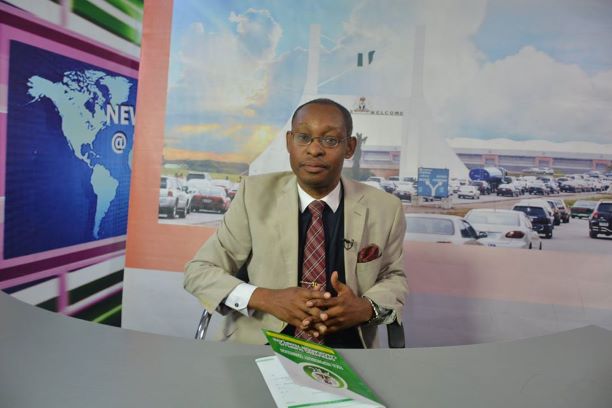 The current mind-boggling revelations in the ongoing legislative probe of the Niger Delta Development Commission throws a direct challenge to President Muhammadu Buhari’s promise to fight corruption. Will the administration live up to expectation in the fight against corruption by taking drastic but lawful steps against the perpetrators of the heist? This discourse reviews the key issues arising from the looting of public resources in the NDDC.

Running a government is serious business which should be based on law, policies and ethics. It demands a certain level of consistency in terms of application and implementation of laws. It is about securing life, property and the public welfare. Governance demands a certain measure of competence, skills, fellow feeling and compassion as well as ability consistency between statements and action. There should be resonance between the anti-corruption mantra and the practice in real life. The federal government claims to be fighting corruption but the more the official noise about the struggle, the more corruption intensifies. This can be traced to lack of consistency in policy and law application and the lack of principles among principal members of the federal administration.

The most recent issue is about the management of the resources of the NDDC. From the establishment of the Commission during the Olusegun Obasanjo presidency to date, the NDDC has been a cesspool of corruption where public officers get away with fiscal murder and corruption. All the details of the illegal and inappropriate expenditure coming out of the probes in the National Assembly only reveal one thing; that impunity for mismanagement of public resources reigns writ large and virtually no one has been held accountable for it in the past. And the way the whole episode has been reduced to a joke and charade between the Minister of Niger Delta Affairs, Godswill Akpabio and the former managing director of the NDDC further ridicules the anti-corruption campaign.

From the beginning, NDDC has never published its draft budgets in hard or soft copy or even uploaded the draft to its website. The consideration of the budget estimates in the National Assembly is a closed shop with citizens unable to participate or even know the details of the process. After the budget has been approved, neither NDDC, the National Assembly nor the Budget Office of the Federation publishes the details of the NDDC budget. All we see is a single line item of a lump sum of money included in the statutory transfers. Why would NDDC hide its budget from the public especially the people of the Niger Delta who are the beneficiaries of its activities? It seems that most of the projects in the budget are duplicated when they are pitched with the budgets of states and local governments in the region or even the projects of the Ministry of Niger Della. The Ministry is notorious for proposing and getting legislative approval for projects without a geographical site and with extremely nebulous descriptions which makes them amenable to monitoring only by the proposers of the projects.

It seems that part of the excuse for not publishing the NDDC budget is that under an unwritten policy position which is not motivated by the public good, the Budget Office of the Federation, the Ministry of Finance and the benefitting agencies have consistently failed, refused and neglected to publish the details of statutory transfers. From the votes going to the National Judicial Council, Universal Basic Education Commission, Independent National Electoral Commission, National Human Rights Commission, National Assembly, etc. the details of the votes are hidden from the public. It is worth reiterating that there is no legal basis supporting this opaque practice. Rather, the Centre for Social Justice, a Nigerian knowledge Institution had litigated this issue and the Federal High Court had declared this practice illegal. But the fiscal powers insist on continuing the illegality.

For procurement of goods and services, the emerging and established evidence is that NDDC ignores and treats the Public Procurement Act of 2007 with great contempt. There is even no pretence about following due process and preparing documentation which tries to cover misdeeds. Simply put, there are no approved procurement plans, projects are not advertised for bidders to take part in government commerce; evaluation and selection of winners is not based on the competence of the bidders and how responsive their bid is to the solicitation. It is simply a brazen act of looting which cannot be hidden. Furthermore, NDDC neither prepares nor publishes quarterly, half yearly or yearly budget implementation reports. Thus, in the whole budget preparation, approval and implementation exercise, the citizen who is the owner of the resources is shut out. So, why should any reasonable person be surprised about current revelations?

In all of these, there is and there had been National Assembly committees exercising oversight over the allocation and management of public resources available to the NDDC for the public good. Pray, what is the definition of oversight? Is oversight done in the public interest for which the legislators are elected and handsomely paid? Has oversight been done in the private interest of the legislators? It appears that oversight over the years became coterminous with discovering fraud and corruption and instead of ensuring that the culprits are brought to book and the treasury recovers the money, the oversight committee simply asks for a part of the loot and covers it up thereby compounding the felony.

Did the Economic and Financial Crimes Commission and the Independent Corrupt Practices and Other Related Offences Commission and the financial intelligence agency go to sleep over this heist that has endured in the NDDC? All the billions going into private pockets for services not rendered or going into the pockets of public officers should have set up a red flag, which if duly followed would have discovered the extent of the mismanagement. The law allows the Auditor-General for the Federation to look into the financial accounts and audits of agencies such as NDDC. How did this escape the censure of the Auditor-General in terms of comments on their reports?

In moving forward, part of the reforms in the NDDC should include a reform of its budget and procurement process. The draft budget should be available in the public domain and the legislative approval should be open, advertised and Nigerians allowed to be part of the process. This will restrain wholesale corruption in the packaging of the budget. The NDDC must publish quarterly, half yearly and full year budget implementation reports. The procurement process must follow the Public Procurement Act to the letter in terms of procurement planning, bid solicitation, bid opening, evaluation and selection of winners. Utmost transparency must be introduced into the procurement process because this is where the looting takes place.

Nigerians must not drop the ball in demanding for heads to roll, thieves sent to jail and looted money recovered. The romance, sexual indecency and salacious angle introduced between Akpabio and the former managing director of NDDC is a needless distraction. We must focus on the real issues. For the forensic audit to be successful, all persons including the Minister of Niger Delta who have been implicated in one way or the other must step aside either voluntarily or be asked to do so and an independent team of auditors recruited to do the job.

Are bright sides to Coronavirus signaling impending death of democracy? By Magnus Onyibe

Buhari felicitates with Apostle Suleman at 50