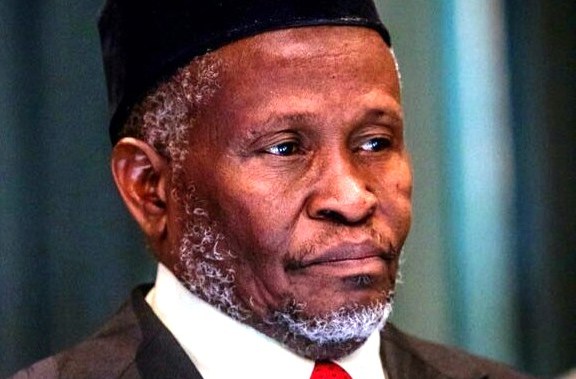 The Chief Justice of Nigeria (CJN), Justice Ibrahim  Muhammad, has said that the justices of the Supreme Court are not repository of knowledge, hence are fallible and always amenable to correction.

A statement signed by Festus Akande, the Supreme Court’s Director of Press and Information, said Justice Muhammad made the assertion on Tuesday in Abuja.

Akande said the CJN was speaking during a courtesy visit by members of Asset Management Corporation of Nigeria (AMCON) to the Supreme Court.

“With the way we operate, if any of you has any reservations, please, write us and criticise us within the ambit of your knowledge and experience.

“We can’t claim to know it all. We are still learning because learning, as we all know, is a continuum.

“Our doors are wide open for constructive criticisms. Even our grammar, punctuations have to be corrected to avoid any error in the rulings and judgments we give.”

The CJN informed his visitors that as justices, they did not pick offence when their written drafts of judgments were corrected.

He said this was especially with regard to errors arising from the use of grammar.

He asserted that it was a practice in Court of Appeal and Supreme Court to ensure that all judgments came out in an acceptable manner after all the necessary criticisms and corrections.

He said that what every right-thinking and serious-minded judge needed to do was to cultivate the culture of patience and acceptability so that they don’t erroneously assume to be a repository of knowledge and wisdom.

“The rules provide that each judge should give his own independent judgment but they are equally at liberty to adopt what has been offered.

“No coercion, no intimidation and no compelling force to make any judge align with the opinions and views of others.

“We are very free to maintain our stance and even present a dissenting judgment if we feel opposed to a popular view.’’

The CJN said that even though he had not had the opportunity of reading the 2019 AMCON Amendment Act, from the brief presentation made by the visiting team, he was convinced that a good and thorough job was done.

He, however, expressed concern over the poor law enforcement mechanism put in place in the country which he said had largely slowed down the wheel of justice.

“The problem has to do with law enforcement, especially where it touches on financial and property matters.

“The task before you is not a small one. You carry a lot of responsibilities on your shoulders.

“However, with the calibre of people on the board of AMCON, I know it will not be a difficult task to accomplish.’’

He, however, complained that the 60 days prescribed by the 2019 AMCON Amendment Act for the Court of Appeal and Supreme Court to hear appeals on the Corporation’s matters was too short and limited for the justices to do a thorough job.

“The six months provided in the Amendment Act for the trial courts is alright but as for the Court of Appeal and Supreme Court, the 60 days timeline is not suitable.

“If we were consulted before the amendment was done, we would have suggested something different.”

Earlier, the Managing Director and Chief Executive Officer of AMCON, Mr Ahmed Kuru, expressed the appreciation of the Corporation for the willingness of the court and justices to assist the organisation at every given opportunity.

He pointed out that the various input from previous interactions and the last meeting with the justices of the court were incorporated into the 2019 AMCON Amendment Act.

Names of people suspected to have had contact with Abba Kyari,...

Malami: No nation in the world will tolerate excesses of #EndSARS...