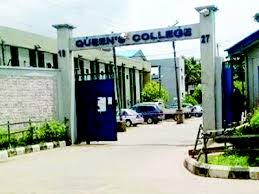 Over 500 pupils of Queen’s College, Yaba, Lagos, have been evacuated by their parents following the reported outbreak of an unnamed infection.

The Podium gathered that the infection became noticeable shortly after the school resumed from the summer holidays.

While Punch quoted the Chairman of the PTA , Mr John Ofobike, as saying over 1000 students have been taken home, checks by The Podium indicate that no fewer than 500 pupils were actually involved.

The cause of the infection could not be ascertained as at the time of going to press, but investigations are continuing. School authorities refused to respond to The Podium’s enquiries, referring our correspondent to the Federal Ministry of Education.

This is not be the first time that the school is hugging headline news over a health crisis. Two years ago, three pupils of the school died from water-borne diseases.

There have been persistent concerns over the hygienic conditions prevalent in the hostels as well as the inadequate medical facilities at the school clinic.

UBEC: Why Hamid Bobboyi Was Reappointed for Another Term, By Abubakar...