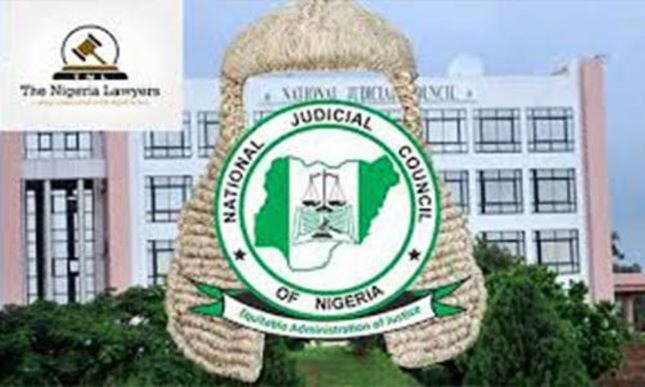 The federal government said on Friday that courts and state assemblies would re-open next week.

Minister of Labour and Employment, Chris Ngige, stated this in Abuja shortly after a meeting between the government delegation and striking workers to smoothen the grey areas in the Memorandum of Action (MOA) reached on May 20, 2021.

The dispute between the federal government and the duo of the Judicial Staff Union of Nigeria (JUSUN) and Parliamentary Staff Association of Nigeria (PASAN) was resolved at the meeting, according to Ngige.

JUSUN and PASAN have been on a nationwide industrial action for weeks.

The unions are protesting the non-implementation of autonomy for State judiciary and legislature by the governors.

Briefing journalists on the outcome of the meeting, Ngige said the 36 state governors, led by the Chairman of the Nigerian Governors” Forum, Governor Kayode Fayemi of Ekiti State and his Deputy, Aminu Tambuwal of Sokoto State, have put their pen to paper on behalf of their colleagues on the historic agreement which they reached on May 20, 2021.

According to the Minister, with what they achieved at the meeting, it was expected that the courts and state assemblies would re-open next week since all the grey areas had been smoothened.

He said: “So, today we met with the unions in a small dialogue to dot the i’s and cross the t’s in the agreement which we agreed will take effect from 20th of May.

“Right now, we expect the unions to go back to their members and give them a final briefing on what we have achieved today.

“And with this achievement of today, we are hopeful that by next week, the chambers of our courts and the doors of the state assemblies will be open for business activities to begin.”

Ngige said they were not oblivious that this situation had posed serious challenges to the nation, especially as the courts were closed and the law enforcement agencies had no place to take arrested criminals.

He, therefore, thanked the unions for all the efforts put in place in the final round of the dialogue in which the modalities that were not very clear the last time they met had been sorted to the satisfaction of both sides.

The Deputy President of JUSUN, Comrade Emmanuel Abisoye, thanked Ngige for his efforts in resolving the dispute, saying that he expected all the parties to fulfil their own part of the agreement.

Abisoye assured government that JUSUN would play its own part and expressed hope that the governors would do the needful to ensure that industrial harmony returned to the courts.

The President of PASAN, Comrade Mohammed Usman, expressed hope that all stakeholders would do the needful within the shortest possible period to see that the workers in the state legislatures return to work.

In the same vein, the President of Nigeria Labour Congress (NLC), Comrade Ayuba Wabba, thanked all the parties for reaching the milestone.

“It is necessary to ensure that industrial harmony strives in this sector of our economy. It is important that this issue is put behind us,” Wabba said.

The Senior Special Assistant to the President on Niger Delta Affairs and Secretary of the Implementation Committee for Judicial/Legislative Autonomy, Senator Ita Enang, thanked Mr President and the Labour Minister for their efforts thus far to attain autonomy for the state legislature and judiciary.

Ife North power outage: We are faced with paucity of fund,...