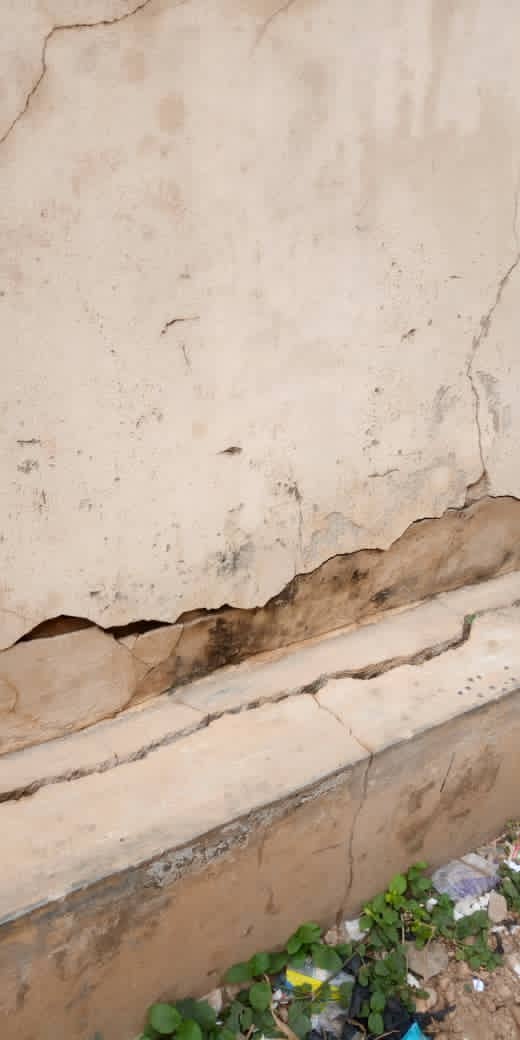 Staff members of National Business and Technical Examination Board (NABTEB), Osun State Zonal office in Osogbo, have appealed to the Federal Government to assist in relocating them from the current rented apartment to a more befitting office.

They said that the current office might collapse anytime from now.

The staff members of the agency raised the alarm on the deteriorating state of the building due to its present condition.

They called on the relevant authorities to urgently come to their aid as they feared the building could cave in during office hours.

The office, which is located at College road, Odi-Olowo in Osogbo is a rented storey building with several threatening cracks from the entrance to the wooden shaky staircase and different unit cubicles.

When The Conclave visited the premises, the facadè of the building was almost deceptive because of the painted, well-looking building.

But on getting inside, the sight was pitiable as the walls and floors had all manner of cracks.

A member of staff of the agency told our correspondent that the deplorable condition of the building was condemnable.

Accordingvl to the staff member “our lives are in danger; the federal government should come to our aid as a matter of urgency as this building can collapse anytime.

“Whereas, it is a rented apartment and the landlord does not stay in Osogbo; this is an old building. We should be taken out of here immediately as prevention is better than cure, they say.

“See the cracks! it’s from the foundation of the building. Don’t be deceived that it looks beautiful while viewing from afar. You shouldn’t be surprised if you hear that it has fallen tomorrow.”

The NABTEB office, which is very functional with a sizeable number of staff members attending to different technical institutes and applicants, is in such a devastating state.

Although, they are going about their official duty but the staff members of NABTEB have appealed to the government for evacuation from the building as they carry out their daily activities in fear.