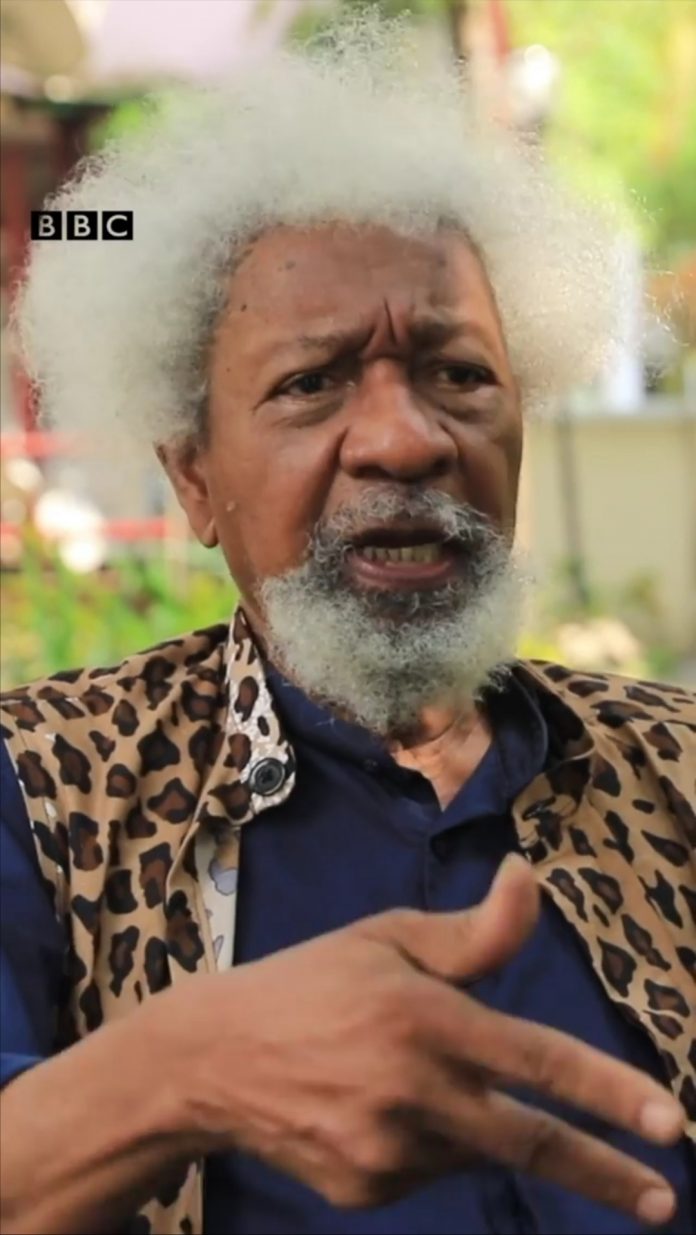 ▪︎Fears crisis could plunge Nigeria into another civil war

Nobel laureate, Professor Wole Soyinka said in an interview with the BBC that President Muhammadu Buhari should address the nation in stern, unambiguous terms that, as a patron of cattle rearers, he ran his business on tidy business plans and not by kidnapping, killing and raping of Nigerians, otherwise he would consider him complicit in the farmers-herders crisis.

He also said that the conflict between herders and farmers across the country could degenerate into a civil war if not quickly checked although he noted that it was very late but not too late as the crisis had festered for ong.

Soyinka who spoke in his flawless diction, instead of pidgin on the BBC Pidgin channel, however, commended the moves to resolve the lingering conflict.

He said he was ready to contribute to the process of resolving the conflict even as he lamented that his dignity and that of others was being rubbished.

He said: “My fear is that it may degenerate into violence that ends up in—I hate to use the word—a civil war unless we take action.

He spoke on Sunday Igboho and other related issues.

For Soyinka’s thoughts, positions and responses, watch the video here:

Donald Trump bans immigration into the US

Oyo Govt says it will comply with Supreme Court ruling on...