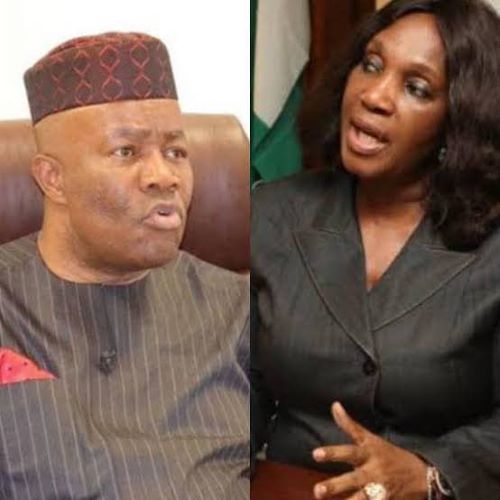 The party in a statement by the National Publicity Secretary, Kola Ologbondiyan, also called on President Buhari to immediately disband the corruption-ridden Interim Management Committee (IMC) of the NDDC where officials have been fingered to engage in unbridled looting of funds meant for the development of the area.

The party said with the unearthing of rampant corruption, treasury looting, recklessness and manifest public unruliness of the NDDC management, the Minister and the IMC had become a huge embarrassment not only to the Buhari administration but also to the Niger Delta region and the nation at large.

The PDP insisted that though President Buhari had ordered a “speedy and coordinated investigation” of the activities of the NDDC management, “such an important probe cannot yield any credible result as long as Senator Akpabio and indicted IMC are still in charge in the commission.”

The opposition party stated that the immediate suspension of the minister and members of the IMC wascthe only way to ensure that such individuals did not interfere with investigations or tamper with vital documents.

It said further that the suspension should be a prelude to unhindered investigation and prosecution of all those indicted in the wholesale fraud in the NDDC which had hindered the commission from delivering its mandate to the people of the Niger Delta region under the current administration.

“Our party invites President Buhari to note that already, there are manifest efforts to frustrate investigations into the NDDC activities as witnessed in the attempt to abduct and silence the whistle blower, former acting Managing Director of the NDDC, Joi Nunieh, to prevent her from further exposing the alleged corrupt conduct of the embattled minister and the IMC.

“Nigerians are also aware of the condemnable conduct of the current acting Managing Director of the indicted IMC, Prof. Kemebradikumo Pondei, who walked out on the House of Representatives committee investigating the corruption in the NDDC, ostensibly to frustrate the speedy and coordinated audit of the activities of the IMC,” the PDP said.

The party condemned the invasion of Ms. Nunieh’s residence by security operatives in an apparent attempt to abduct her on the alleged orders from above and urged the Inspector General of Police, Mohammed Adamu, to fish out all those behind the ugly incidence.

The party urged the IGP to provide adequate protection for Ms. Nunieh and other witnesses in the probe “from the corrupt cabal in the NDDC who have shown to be desperate to silence witnesses in order to cover their trails.”

Buhari congratulates Kaigama on appointment as Catholic Archbishop of Abuja

Pre-travel COVID-19 testing rate for travels within ECOWAS to be harmonised—...

Nigeria to assemble solar cars by 2020