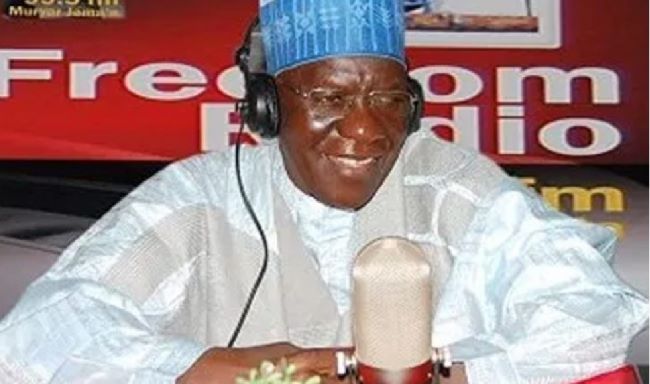 Though the COVID-19 Testing Centre in Kano State has been shut down since Wednesday, the death of an economic icon, Prof. Ibrahim Ayagi; professor of physiology, Prof. Aliyu Abdullahi Umar Dikko; the Regional Manager of First Bank in Kano, Abdullahi Lawal and Mallam Musa Ahmad Tijjani, ex-editor of LEADERSHIP Sunday and Triumph newspapers, together with four other illustrious personalities after brief illnesses has sent shockwaves through the state.

It was gathered that not a few people suspect that the eminent personalities, who just died, might have succumbed to the strange illness since there was no evidence of their being tested for Coronavirus since the COVID-19 Testing Centre in Kano has been shut down. There is no definite date for resumption of the test in the the state.

Their demise, PRNigeria gathered, occurred within a spate of 24 hours.

They all died between Friday, 24 April and Saturday, 25 April, 2020. The other high-profile personalities include Alhaji Adam Iliyasu Dal, a former Chairman of the Kano State Civil Service Commission; Nasiru Maikano Bichi; Dr. Musa Umar Gwarzo; and Ustaz Dahiru Rabiu, who is a former Grand Khadi of Kano State.The late Prof. Ayagi was a Commissioner for Economic Development in the state from 1975-1978, just as he was also a former Director-General of Kano Foundation from 1987-1990. Ayagi, who was also the proprietor of Hassan Ibrahim Gwarzo College in Kano, died on Saturday, after a protracted illness at the age 80.

As for Lawal, PRNigeria gathered, that the First Bank Regional Manager in Kano, died from a suspected case of COVID-19. Family sources said immediately the late banker took ill, he was first put on admission at a private clinic from where he was referred to Aminu Kano Teaching Hospital.

Sources said the late Lawal, who was in his early 50s, was rushed to a private clinic after he suffered high fever, intermittent cough, and respiratory hiccups without getting medical care, before he gave up the ghost.

In an audio recording, the mother-in-law to the banker alleged that the negligence of the Nigerian Centre for Disease Control (NCDC) in Kano, led to the death of her son-in-law, as she cried out that her daughter and grandchildren be taken in for tests to confirm if they have contracted the dreaded COVID-19.

Nigerians will be happy to have a govt that can be...