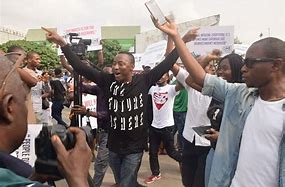 Socio-Economic Rights and Accountability Project (SERAP) has sent an open letter to Justice John Tsoho, acting Chief Judge (CJ) of the Federal High Court, urging him to use his offices and leadership position to “ensure expeditious hearing of Omoyele Sowore’s application not least because of his constitutional right of access to justice, liberty, fair trial and status as a prisoner of conscience.”

The Federal High Court, Abuja, yesterday refused to grant the motion filed by Omoyele Sowore, Convener, ‘RevolutionNow’ protests, challenging his detention for 45 days by the State Security Service (SSS). Justice Nkeonye Maya declined all applications by Mr Sowore and sent the case back to Justice Taiwo Taiwo for further hearing.

In the letter dated 29 August 2019 and signed by SERAP deputy director Kolawole Oluwadare, the organization said: “Continuing delay in the hearing of Sowore’s application raises serious issues about his right to a fair trial and access to justice, particularly the right to have his application heard expeditiously, fairly and impartially.”

SERAP urged Justice Tsoho to “show that under your leadership of the Federal High Court, no one, not even those accused of alleged serious offence, will be denied the right to simple justice and expeditious hearing.”

SERAP’s letter read in part: “We are concerned that while Sowore was arrested on August 2, 2019 by the SSS, his application before the court has yet to be heard. The Federal High Court should not be seen as forgetting justice and disregarding the wholesome restraints of the 1999 Nigerian Constitution (as amended).”

“Justice is based on respect for the human rights of every individual. Continuing delay in the hearing Sowore’s application raises issues as to his right to an effective defence and to a fair trial before an independent, impartial judiciary – something which is recognized as a fundamental right under the Nigerian Constitution and International Covenant on Civil and Political Rights to which Nigeria is a state party.”

“Access to justice is one of the fundamental principles of the Nigerian Constitution, guaranteeing to every Nigerian the right to obtain justice freely, promptly and without delay.”

“The right to a fair trial is a human right. Whatever the crime, if people are not allowed to present their case before the court, justice is not served for the accused, the victim of the crime or the public.”

Adeboye’s homily at son’s burial: Cry if you wish to, but...

52-year-old man kills his three children, dumps them inside freezer