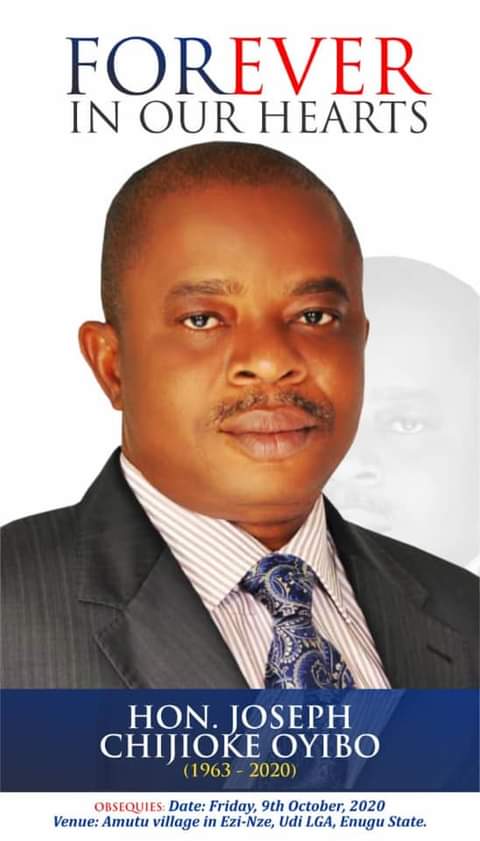 In a statement, Senator (Dr) Chimaroke Nnamani said Oyibo died of cardiovascular disease (cardiac arrest) in Enugu where he had travelled to for an assignment.

Oyibo was Personal Assistant to Senator Nnamani during his tenure as governor of Enugu State and a long-time political associate of the Senator.

His remains according to the burial programme released by the coordinator of Ebeano political family, Dr Dan Shere, would be laid to rest on October 9, 2020 in his Amutu Village in Ezi-Nze, Udi local government area of Enugu State. Oyibo passed on at the age of 57.

A grieving Senator Nnamani described the demise of Oyibo as devastating saying, “he was my dependable political associate, friend and confidant who stood by me through thick and thin.

“His sudden demise is a big blow to me and the larger Ebeano political family.

“I have lost a brother and reliable ally. He was a go-getter and a trusted team player. I will sorely miss him.

“I take solace in the fact that Oyibo left a worthy legacy of honesty, hard work, humility and courage. He served God and humanity faithfully.”

We are seeking swift renegotiation with FG to suspend strike- ASUU