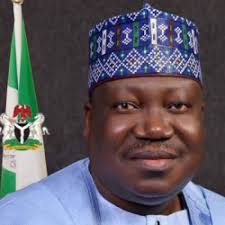 The Senate, during Thursday’s plenary, passed the Finance Bill after it scaled through the third reading.

The passage of the bill follows the presentation of the report of the Senate Committee on Finance by Senator Adeola Solomon, Chairman of House of Representatives Committee on Public Accounts, representing Lagos West.

In the country’s bid to improve taxation, the Finance Bill will enhance responsive taxation, amend the Customs and Excise Tariff Act.

Reacting to the passage of the bill, Senator Barau Jibrin said that the committee put into consideration the need for Nigeria to reposition its system in order to strengthen its revenue base.

Also speaking, Senator Abdullahi Yahaya pointed out that revenue generation is a major problem facing the country and economic issues should not be politicised.

“Whether it is APC today or PDP tomorrow, we have to come out and look at this matter in a non-partisan way.”

The Former Ogun State Governor, Senator Ibikunle Amosun aligned himself with Senator Yahaya’s position that the lawmakers must look beyond politics.

He hoped that all funds generated would not be looted but would be judiciously used for the growth of the nation.

Buhari pleads with Jos, other warring communities to give peace a...