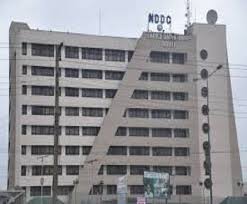 The Senate on Tuesday confirmed the nomination of 15 persons for the appointment on board of Niger Delta Development Commission (NDDC), out of 16 names nominated by President Muhammadu Buhari.

Senate, rejected the nomination of Dr Joy Nunieh, nominee for Rivers, following her absence at the screening conducted by Senate Committee on Niger Delta

Nunieh ,who currently serves on the interim committee overseeing activities of NDDC did not communicate to the Senate Committee on Niger Delta over her absence from the screening.

The confirmation of the 15 nominees followed the receipt of the report from the committee and consideration of same at the senate committee of the whole.

Presenting the report,Chairman of the committee Sen .Peter Nwaboshi (PDP Delta)said the nominees were screened and found suitable to serve on the board of the NDDC in accordance to section 2(2)( a) of the NDDC Act, 2000.

He,however, said the nominee for the Rivers did not appear for the screening adding that there was no official communication to the committee on reasons for her absent.

Commenting on the report, Sen Ike Ekweremadu (PDP Enugu,) before the confirmation raised the issue of the current interim management of the NDDC noting that the committee was an act of sabotage and should be set side.

President of the Senate, Dr Ahmad lawan in his remark thanked the Senate particularly the committee on screening and confirmation of the nominees.

He urged the nominees to justify the trust bestowed on them by execution of projects for the people of the Niger Delta.

He said the nominees, when inaugurated should ensure value for money on projects given the unreputable narratives about NDDC.

President Muhammadu Buhari, had in a letter dated Oct 18, forwarded the list of the nominees for the board and management of the NDDC to senate.

President of Senate, Ahmad Lawan who had announced the list at plenary on Oct 29,directed the Senate Committee on Niger Delta to conduct the screening of the nominees and report back in one week.

The Senate also at plenary considered first reading of 11 bills.

How our driver, bad road aided our kidnap — Ondo victims