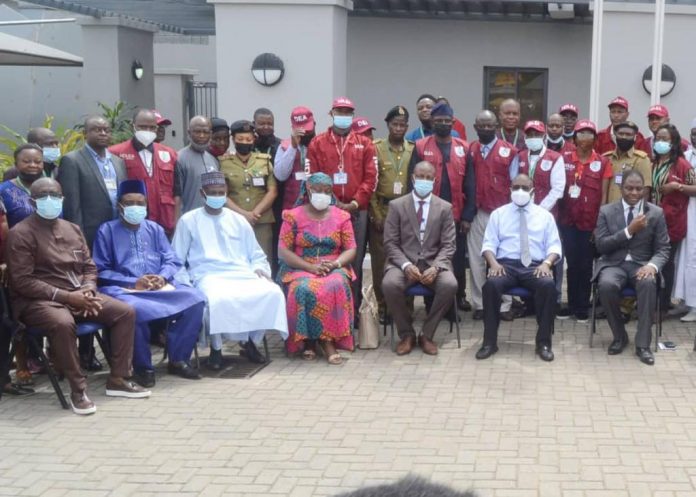 Chairman/Chief Executive of the National Drug Law Enforcement Agency (NDLEA), Brig. Gen. Buba Marwa (retd) has said that the seizures of cocaine and heroin at the Murtala Mohammed International Airport in just over two months of 2021 is about double of seizures in 2019 at the facility.

Marwa, who expressed satisfaction with the record of activities of the agency in the last two months, disclosed that for the whole of 2019, MMIA Command only recovered 34.109 kg of cocaine and 21.72 kg of heroin but in less than three months in year 2021, the command had seized 63.217 kg of cocaine and 950 kg heroin.

Marwa, who was in Lagos to boost the morale of the staff members of thecagency at the MMIA and Lagos State Commands, charged the men and officers of the agency to intensify the fight against drug abuse and trafficking so as to rid the country of hard drugs. 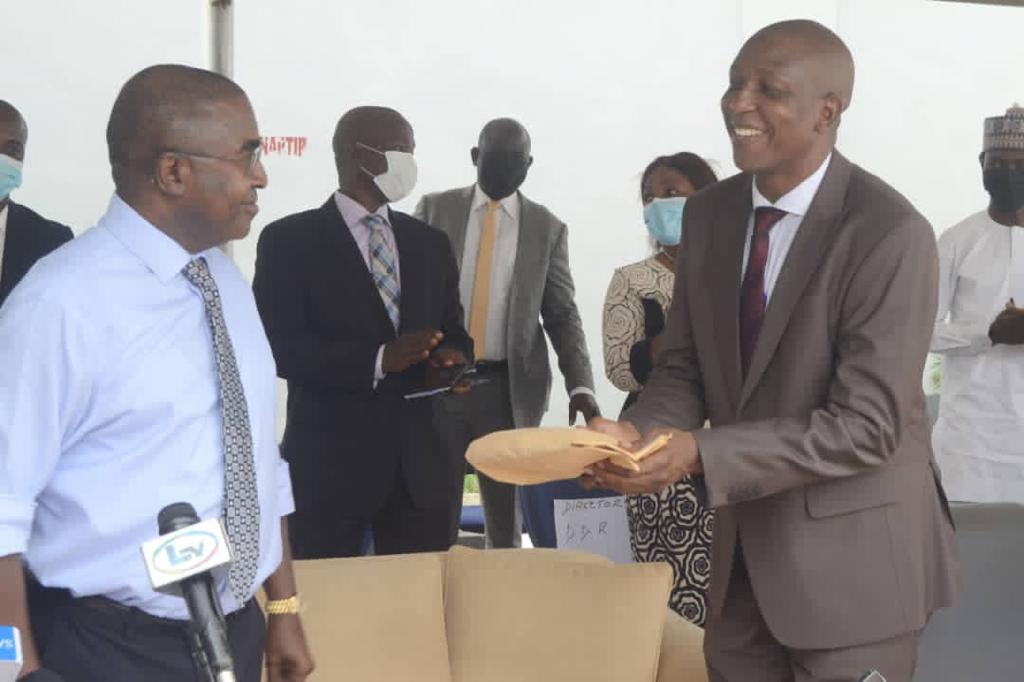 He applauded them for the achievements recorded within the short period he assumed office as chairman of the agency, stating that reward for hardwork was more work.

The NDLEA boss who was accompanied on the visit by other directors of the agency, said that the renewed war against drug trafficking was a fight to the finish, urging them not to relent in their efforts. 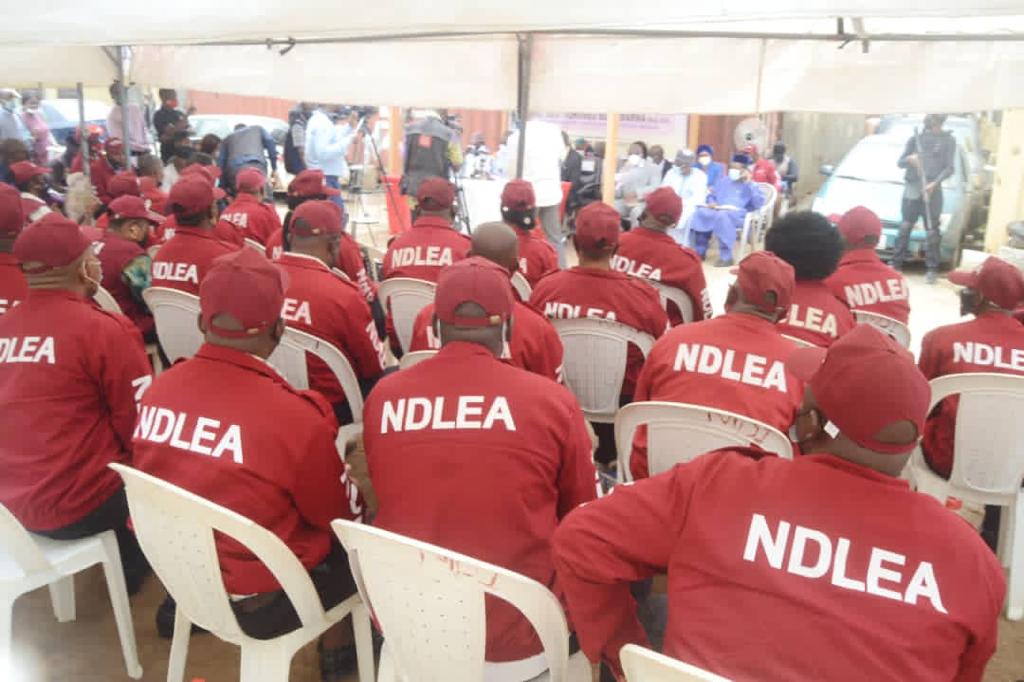 The NDLEA boss said on his assumption of office, he had a meeting with all top commanders where he promised to reward any command with the most outstanding performance bi-monthly, adding that based on his promise, the MMIA Command merited the award.

He thereafter presented the Commander, Ahmadu Garba, with a plaque and a cash gift.

The NDLEA boss said he was aware of all the challenges being faced by the officers in the course of performing their responsibilities but promised that very soon everything would be resolved.

He charged them to be up and doing and not to relent despite the challenges. 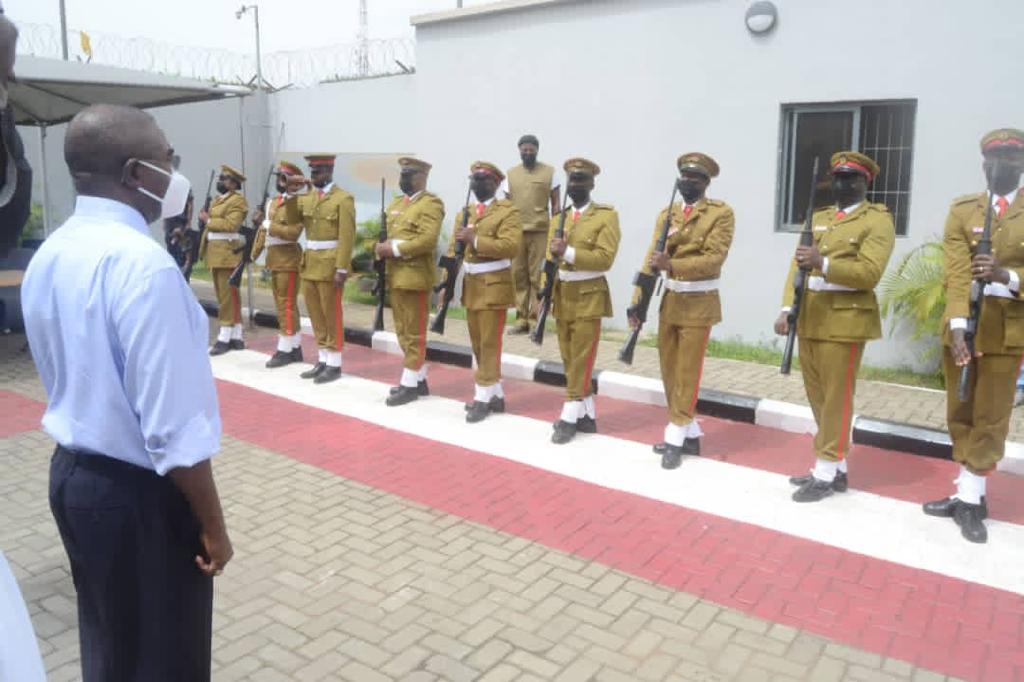 Read him: “I am aware of what is going on here, both operationally and administratively, and I must congratulate this command on your tenacity, efforts and aggressiveness; you cannot win this war against drugs by sitting down; we must go on the offensive on a daily basis, we should take the war personal because we are Nigerians; those who are bringing in these drugs want to corrupt and destroy our own children; so, we are attacking the problem professionally with the agency; we are also doing it for ourselves and for our families and for our communities. We can’t allow people to come into Nigeria to destroy us.

“And you have done very well so far, and I urge you to keep it up. If you open the newspapers today or watch television everyday, you will see crimes; either that they are kidnapping school children or killing people; they all use drugs before going to perpetrate this evil, and until we tackle this issue of drug we may not see the end of insecurity, it has to go together.”

He added that: “I know that you need more men and women in this command and very soon the training of the new recruits will commence and from there, we are going to give you more personnel and other commands. Very soon different equipment will come in, including scanners. When I took over I found the morale of our officers very low and I know you are all trying very hard to meet up your responsibilities while we still owe you a lot of money, but I am giving you assurance that your welfare is a priority.

“We have made appropriate representations to the appropriate authorities and I have received the assurance that they have listened to us, so, we are confident that within this budget year, we will get relief”

The NDLEA boss thereafter visited Lagos State Command of the agency where he also reiterated his commitment to the welfare of men and officers. He equally met civil society stakeholders where he called for their partnership.

He thereafter led his team on a visit to the 81 Division of the Nigerian Army where he sought the support of the military for the NDLEA in its operations.