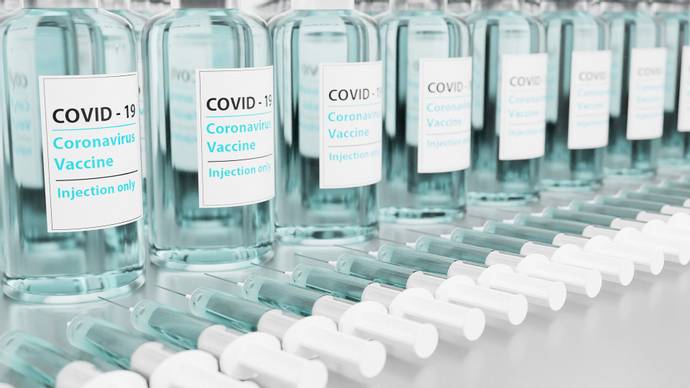 What it deployed was pharmaceutical company Pfizer’s doses that require ultra-cold storage.

It thus became the first country in Africa to use the company’s vacinne.

Authorities, according to reports, began transporting Pfizer and AstraZeneca shots round the hilly nation of 12 million people after they arrived in the country earlier this week.

Helicopters were deployed on the country to reach far-flung parts.

“This means that I will die when God wants because the coronavirus cannot kill me now,” 90-year-old Stephanie Nyirankuriza was quoted to hace said.

She supported herself with a walking stick after her shot at a health centre just east of the capital Kigali.

As in most nations, health workers and the elderly are first in line as President Paul Kagame’s government plans to vaccinate up to 30 per cent of Rwandans by the end of this year.

The Kagame government, which prides itself on efficiency and technological prowess but is often criticised as authoritarian, has installed special infrastructure to keep the Pfizer vaccine at the required -70 degrees.

At some centres, people were required to sign consent forms before receiving the shots.

Sitting in a makeshift tent awaiting her turn, Urusaro Ntoranyi, 70, said she was confident the vaccine was safe.

“I have children who got COVID-19,” she added, saying that they survived but two other relatives had died.

Those vaccinated were required to stay for about 15 minutes in case of side effects.

“This is like lengthening my life span,” 69-year-old Sisiyani Rusenyanteko, a community health worker and father-of-nine, exulted after an AstraZeneca shot.

Rwanda has so far received 102,960 and 240,000 doses of Pfizer and AstraZeneca vaccines respectively via the global COVAX facility.

Rwanda’s Health Minister Daniel Ngamije said he expected to get more but did not say from where.

“The turnout is good,” he said, shortly after receiving his Pfizer shot, adding the doses had been distributed to over 500 health facilities countrywide.

Rwanda has reported just more than 19,000 cases and 265 deaths. (With Reuters reports)

Don’t be distracted from your studies, Buhari urges rescued students

Advise Buhari to obey judgment on release of payment details on...

“We are not looters”: Senegalese protesters target French retailer