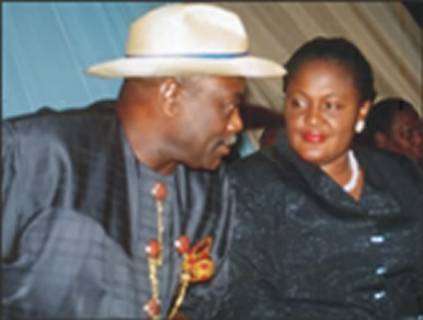 The Rivers State Government on Wednesday condemned the recent attacks on the residence of the former Governor of Rivers State, Dr Peter Odili as a result of the Supreme Court judgment that nullified the election of David Lyon as Governor of Bayelsa State.

The condemnation was contained in a statement issued by the State Commissioner of Infirmation and Communication, Paulinus Nsirim.

According to Nsirim, the State Executive Council observed that “the Federal Government seems not to show interest in the sponsored threats to the lives of Dr Peter Odili and members of his family.

“That the Rivers State Executive Council condemns the barricading of the residence of Dr Peter Odili  at Maitama, Abuja by sponsored thugs of the All Progressives  Congress (APC) .

“That the Rivers State Executive Council wondered why Dr Peter Odili’s family should be singled out for the unwarranted attack, when the judgment that ousted David Lyon as Governor of Bayelsa State was a unanimous decision of a five-member panel of Supreme Court Justices.

“That the Rivers State Executive Council warns the Minister of State for Petroleum, Chief Timipre Sylva and the National Chairman of APC,  Adams Oshiomhole and their hired agents to desist from the sponsorship of violent attacks against Dr Peter Odili and members of his family.”

The Commissioner added that the Rivers State Government had resolved to hold Timipre Sylva and Adams Oshiomhole responsible if anything happens to Dr Peter Odili and members  of  his family.

According to him  “the Rivers State Executive Council noted that in the past Rivers State suffered unfavourable Judicial Pronouncements and never resorted to self-help as being promoted by APC Leaders in the case of Bayelsa State.”

He said the Rivers State Government would employ all legal means to protect Dr Peter  Odili and members  of his family.

He said the state government also resolved “that the Rivers State Government will protect Rivers State Indigenes who are serving Federal and State Judicial officers.

WHO warns against use of remdesivir for COVID-19 patients

OPINION Coronavirus, Liberty, Life, Livelihood And The Threat Of...