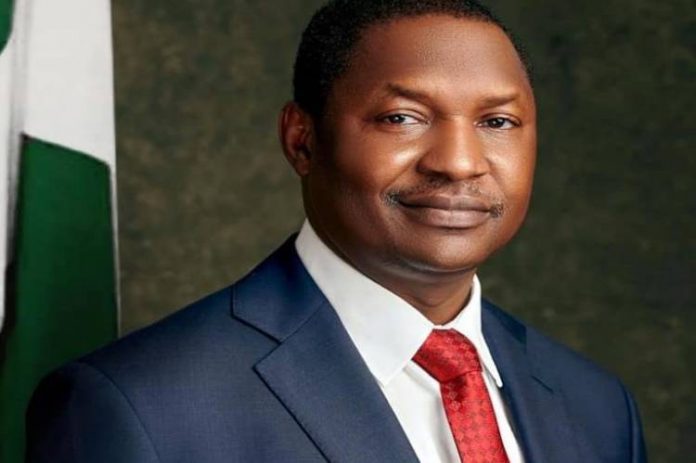 The federal government and the attorney-general of the federation (AGF) have asked the high court of Abia state for an extension of time to enable them file processes in the suit instituted by Nnamdi Kanu.

Kanu, leader of the proscribed Indigenous People of Biafra (IPOB), had filed a suit marked HIH/FR14/2021 against the federal government of Nigeria, attorney-general of the federation, chief of army staff, inspector-general of police, director-general of the Department of State Services and three others for allegedly violating his fundamental human rights.

Kanu, through his lawyer, Aloy Ejimakor, asked the court to compel the respondents to pay him N5 billion in damages as monetary compensation for the “physical, mental, emotional, psychological and other damages” he allegedly suffered.

The case was adjourned till October 7 after the federal government and the AGF failed to make appearances or file processes in court.

As at September 21, only two out of the eight respondents had filed processes in the matter – the DSS in Abuja and Abia.
On October 7, however, the case could not be heard as the case file which was returned by K.C.J. Okereke, the vacation judge, was yet to be reassigned to another judge.

In a fresh application dated September 29, but filed on October 6, the AGF and federal government are asking the court for an extension of time to serve their counter-affidavits and other processes on parties in the suit.

While admitting that they are out of the time stipulated by law, the respondents said it was due to “circumstances beyond their control”.

They prayed the court to use its discretion in the interest of a fair hearing.
But Ejimakor opposed the application, and cited statutory and judicial authorities that disallowed inordinate delays in hearing cases of fundamental rights, especially in situations where the applicant is in detention.

“It beggars belief that it took the federal republic of Nigeria and the office of the attorney-general of the federation with presumably thousands of lawyers almost one month after being served a fundamental rights suit to prepare a counter-affidavit,” he said.

TheCable can confirm that the case has been assigned to Abia high court 1, which is presided over by the chief judge of the state. (TheCable)

I’m being persecuted by Osinbajo’s allies for being loyal to Buhari,...

NBS’ Report: Nigeria’s annual inflation rate fell to 17.93% in May

Developing: EFCC closes in on PDP’s national chair, requests him to...