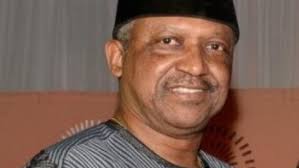 The National Association of Resident Doctors (NARD) has suspended its nationwide strike, two  days after it embarked on the action.

The doctors’ action was preficated on issues bordering on group life insurance for doctors and other health care workers, payment of death-in-service benefit to next of kin/beneficiaries, universal implementation of the medical Residency Training Act in all Federal and state hospitals, immediate review of the hazard allowance of healthcare workers and payment of the COVID-19 inducement allowance.

But on Thursday, the President of NARD, Dr. Aliyu Sokumba, disclosed that the strike had been called off.

According  to him, the union would review the progress made in talks with the Federal Government in two weeks.

On Wednesday, the Federal Government and the doctors reached an accord in furtherance  ofreconciliation efforts.

After the meeting, the government said an additional N8.9 billion had been approved to pay up a large chunk of the June 2020 COVID-19 allowance to all health workers across the nation.

Speaking during the signing of a Memorandum of Understanding (MoU), Minister of Labour and Employment, Chris Ngige, said the implementation of the payment of the Special Hazard and Inducement Allowance had been concluded.

He stressed that this had been cash-backed and the mandate sent to the Central Bank of Nigeria for payments to start with effect from September 9.

While the strike was on, the Minister of Health, Dr Osagie Ehanire had directed the deployment of consultants, NYSC doctors and locum staff members to maintain routine services in order to safeguard the nation’s  heathcare system from shutting down outright.

Nigerian Government to renegotiate 1999 agreements with ASUU, others

Nigeria may slip into recession in Q3 says Agba, minister of...