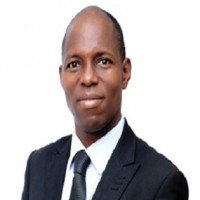 The Registrar, Redeemer’s University, Ede in Osun State, Mr Olukayode Akindele, has identified mentoring, coaching, and networking as the panaceas to leadership deficit confronting tertiary education system in the country.

The registrar made this known at a recent three-day International Registry Workshop organized by Redeemer’s University, Ede, where managers and emerging leaders in the Nigerian Higher Education Institutions (NHEI) converged on.

He noted that oral traditions and studies had shown that credible leaders were products of quality mentoring, networking, and coaching by other great leaders.

He said that the latter prepared the upcoming ones for leadership positions.

He explained leadership deficit as a situation whereby “there is a shortfall or undersupply of effective leaders in an organization.”

Akindele stated that for there to be credible leadership, there must be a commitment to excellence, and zero tolerance for rumour-mongering.

He further indicated that there must be a willingness to give helping hands, strong linkages with colleagues, investing in personal growth and development, and regular assessment of self through public opinion.

He posited that “where there is a leadership deficit, there will be a lack of accountability, abuse of power, ambiguity, lack of priority, and distrust within the organization.”