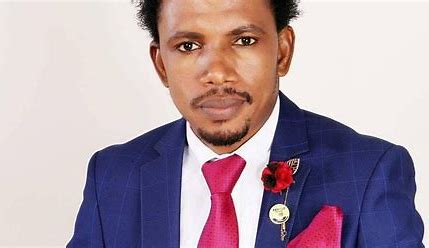 I do not claim to have a catholic knowledge of the persona of Ishaku Abbo, the senator representing Adamawa North in the ninth Senate, as to make a magisterial assertion about the totality of his capacities as well as the possibilities of his existential being. Such omniscient indulgence is divine. But I can speak to some aspects of his individuality that I know fairly well and on which I can place a wager.

However, let me state from the outset that the enterprise of vouchsafing a clean bill in respect of those aspects of Abbo’s individuality cannot in itself be considered foolproof relative to the appreciation by some significant others, using the same parameters that I want to hereby summon, to reconstruct a young man that has been thrust into the limelight on the crest of providence as the youngest Senator, at 41, in the ninth Senate.

But, then, providence has become so paradoxical in the manifestation of the seeming contradictions that would appear to have curiously defined the Abbo persona all at once. He has suddenly become the subject of a mixed-bag of popularity- one, as the youngest senator and two, as one who assaulted a nursing mother/shop attendant in a shop in Abuja, albeit the incident had taken place before he was inaugurated as a member of the ninth senate.

Whereas, I had intended to title this piece: “The Ishaku Abbo I know”; I decided to tweak it so as to moderate whatever my confident claims to knowing him were in the light of his pre-inauguration misdemeanor. However, his demonstration of remorse and tendering of public apology over the unfortunate incident, which did not come to me  as a surprise, are in pari-materia with my clear assertion in the introductory paragraph of this piece, to wit: fair knowledge.

Our paths had crossed in 2014, when he was 36 years old and I was 48. Regardless, there was mutual respect and camaraderie. I remember it was about the time the Ekiti state governorship election held and Ayodele Fayose won. Abbo had played a critical role in the formulation of strategy that locked in and projected the likely voting demographics for that election. He had deployed appropriate technology to utilitarian benefits in collating and analyzing data from the field to arrive at a prognosis that Fayose would win.

The young man was precise about the threshold of the votes in terms of number that would produce a Fayose governorship. That precision and the success of Abbo’s intervention would later endear him to some influential leaders and stakeholders in the Peoples Democratic Party (PDP), including the late Chief Tony Anenih.  We actually had a chance meeting in Anenih’s Asokoro, Abuja residence. One of Anenih’s aides had introduced us to each other and afterward we became somewhat close.  We would rigourously meet minds on political and electoral issues. In our engagements, he had been cerebral and remarkably courteous.

I noticed Abbo’s deep interest in politics as a vehicle for power acquisition. He was particularly enamoured of deploying his know-how in assisting politicians, who hired him, to get to power through the ballot box. But from the tenor of his engaging political discourses that were far-flung from his person, I had erroneously thought he never had plans for elective offices; more so as he did not drop the slightest hint about that.

Perhaps, his seemingly dispassionate and discreet approach was part of his grand strategy to catch interested stakeholders, especially the other camps in the race for Adamawa North Senatorial seat, unawares. He had remained calm and largely tactical in 2015, preparatory to 2019 when he would take the Adamawa North senatorial zone by storm.

But to be sure, he was so fervent and effusive about the politics of Adamawa. For him, the real McCoy is the liberation of his people who are largely Christian and in the majority in the state. Indeed, his deliberate and writ-large evangelical belief is anchored on the pedestal of his advocacy for their liberation from the forced political domination by the minority Hausa/Fulani Muslim hegemonists.

The concomitant servitude arising from the political domination of the majority Christian population by the minority Muslim population in the contestation for the governorship of the State has become the elephant in the room.  There is a growing commitment to rewrite the almost pristine history of domination for equity and equality of access to power. But for the providential choice of Atiku Abubakar as vice presidential candidate in 1999 by President Olusegun Obasanjo, Boni Haruna, a Christian, would not have become the governor of Adamawa state.

Atiku had already emerged as governorship candidate with Haruna as deputy governorship candidate when Obasanjo picked Atiku as his running mate. Some powerful forces had wanted a fresh primary election to be conducted in Adamawa because of Haruna’s Christian faith, but Atiku and the powers-that-be at the centre had insisted that Haruna should be supported to emerge as governor.

The antediluvian and quirky religious consideration has continued to define the politics of Adamawa largely in favour of the minority Muslim stock.  It is an entrenched and unfair fault line that would need a great deal of political communication, sophistication and reorientation to alter. This is where the magnitude of Abbo’s stentorian voice (almost muffled meanwhile) and liberating evangelical zeal is needed to dismantle the status quo and redirect it to achieve a level-play field for governorship power in the state.

The APC candidate that he defeated in the 2019 election, Binta Masi Garba, is a tested political warhorse. A woman with a great history of electoral exploits behind her, Abbo’s victory in that election was a clear indication of his countervailing political legerdemain, senatorial appeal and validation. He offered an alternative voice with a credibility that, perhaps, resonated more poignantly with the people than Binta had presented as a senator for four years. He has the next four years to validate his choice by the people.

Interestingly, Binta had been a very vocal representative of her people. She had been a strong advocate of women’s rights.  She had represented her husband’s constituency in Kaduna in the House of Representatives from 1999 to 2007 from where she moved to her state of Adamawa to represent Madagali/Michika federal constituency from 2007 to 2011.  Thereafter, she had served as chair of Adamawa State chapter of the APC before returning to the Senate in 2015.

For upending her nerve-racking electoral run, Abbo presents a more expansive alternative agenda that approximates a much more progressive paradigm that is capable of shifting the locus of power from the minority to the majority in the state, beyond Binta’s advocacy for women’s rights. Abbo’s focus is power (governorship) shift to the Christian majority in Adamawa State. He has the political discipline, intellectual capital and requisite gravitas to prosecute the battle.

But he has some hurdles to cross in the short, medium and long terms. Abbo must therefore think on his feet and out of the box to chart a way out of his alleged assault case, which incident that happened before he was inaugurated as a senator has greatly discounted public approbation for him.  His political opponents’ wish is that he does not scale the hurdle.  The other hurdle is the petition filed by Binta against him at the election tribunal.

While any of these two cases can qualify to be short or medium-term in character, depending on the time each is conclusively determined, Abbo’s ultimate political goal that the Christian majority population in Adamawa should, as of right, access the governorship of the state is the third and long-term hurdle. It would not matter whether or not he is a beneficiary of the struggle as long as it is successfully prosecuted.  And, perhaps, the looming prospects of success largely account for the battles that seemingly assail him.

Did Court grant or refuse prayer to stop Orbih, Ogbiede-Ihama, others from attending PDP convention?

Olaiya Flyover: Should we spill more blood? By Funke Egbemode