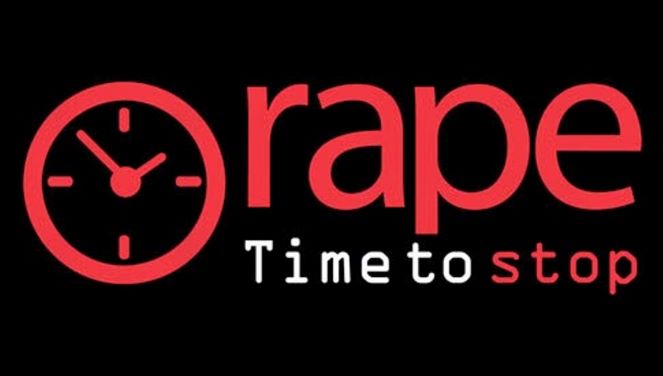 Between January and June, 2020, over 700 cases of rape and girl child defilement have been reported in Nigeria. This is dangerously alarming and portends grave danger for society.

Oyo state has had its share of this rape scourge. In the suburbs of Akinyele LG, three young ladies were brutally raped and murdered. This has created a deep rage amongst members of the community, who now believe that the lives of their women are not safe despite the location of a divisional police headquarters in the area.

The latest incident, the third within the space of two weeks, involved one Grace Oshiagwu, aged 21 years, a National Diploma student of Oke Ogun Polytechnic, Saki, who was macheted on her head in a church mission building at Idi Ori area, Shasha, off expressway by unknown assailant on 13th June 2020.
A few other cases are highlighted below:

Barakat Bello, aged 18 years, was allegedly gangraped and killed in Akinyele area of Ibadan;
Uwavera Omozuwa, a 22 years old university undergraduate was raped and murdered in Benin; while another 17-year-old girl was gangraped in Ekiti

These worrisome incidents demand that steps must be urgently taken to arrest the menace and bring the culprits to justice.

GLOBAL ACTION ON GENDER BASED VIOLENCE

The global campaign against violence against women, including sexual assault has been ongoing for the last fifty years. The United Nations decade for women (1975-1985) in its deliberations mapped out strategies that can help address the issues of structural and institutional oppression of women, which contribute to discrimination against women and their underdevelopment.

Also, the Commission on the Status of Women (CSW), after assessing women’s issues, adopted the Convention on the Elimination of all Forms of Discrimination against Women (CEDAW). A platform for action (PFA) was established a decade later to pursue the agenda.

In addition, the African Charter on Human and Peoples Rights has covenants and protocols against violence on women etc. Meanwhile, at the local level, sections under chapter (iv) of the 1999 Constitution of Nigeria as amended, guarantees the fundamental rights of Nigerian citizens.

However, it appears that government and civil societies have paid little or no attention to many of these international mandates and provisions and largely failed to implement the strategic action required to curb the menace of rape and other acts of sexual violence and to promote the development of women generally.

Despite the various international covenants, there has been a rise in gender-based violence, especially rape and killing of women including female students in higher institutions of learning and defilement of little girls. Sadly, most perpetrators of rape often get away unpunished.

UNDERSTANDING THE RAMIFIED IMPLICATIONS OF RAPE

HEALTH
Rape is defined as “Sexual coercion”   and is widely recognized as a global public health concern, with immediate and long-term consequences to women including physical injury, psychological distress and compromised sexual health. Unconsented sex could cause damage to the female reproductive organ, which can lead to barrenness with its everlasting emotional trauma, regret and frustration for lifetime.

STIGMA
Cultural and social attitude toward rape puts a stigma on victims of sexual violence. This heinous crime persists beyond the actual act as a result of stigma, which prevents most victims from reporting the incidence of rape to the appropriate law enforcement agency.

A biased attitude is a strong factor in the culture of silence and  non-disclosure of the  horrific abuse of women hinders the quest to apply appropriate penalty to reverse the growing trend. Neither the victims nor their families should cover up any acts of sexual molestation regardless of who is involved.

SOCIAL JUSTICE
The justice system seems ineffective in dealing with the scourge of rape cases. Weak laws, lack of political will and a culture of disdain have put our women in Nigeria increasingly in danger.

As the society is filled with anger, pain, and anguish over recurring news often on a daily basis of rape by men, urgent radical steps need to be taken to make more stringent laws to be able to effectively prosecute offenders and deter others.

THE POSITION OF THE NIGERIA DIAOLOGUE GROUP (NDG)

The Nigeria Dialogue Group (NDG) loathes and condemns sexual violence perpetrated by men be it under the influence of alcohol, drugs or as deliberate acts revenge or evil response to women’s mode of indecent dressings. Whatever the reason, there is simply no excuse for rape or child defilement.

According to Ms. Ekpebulu, “it is time to teach young boys what consent means and that non-consensual sex is forceful sex and is rape”

The NDG commiserates with families and also empathizes with victims of rape, an act which not only leaves women debased but, in some instances, also altogether terminates the victim’s right to life.

The current campaign against sexual violence across the country must not be limited to some safe corners, but spread massively to key institutions of government – especially federal and state Legislatures – using the lists of those that have recently become victims and those who fell victims before but which the state has failed to address.

According to Indira Gandhi,
“If you women would only realize your dignity and privileges and make full use of it for mankind,
you will improve life much better than it is. But man has delighted in enslaving you and you have proved willing slaves till the slaves and the slave holders have become one in the crime of degrading humanity”. 1

If gangraping, violent attacks on women at home or in public are to stop, our special focus should not be to continue to restate our agonies, but to rise to fight them using every known legal framework and actionable solutions that exist to make women know their worth.

Also, According to Mrs. Hillary Clinton,
“Glass Ceiling” and its other synonyms represent serious cogs in the wheel of women’s progress, it is a
bad barrier to women progress and all violence against them, it is not acceptable in the economy and intolerable in politics, and should not be tolerated in America.

What can we do to make a difference? To her, what we have to do is not only to crack the ceiling but to shatter the glass to open
the way for women’s advancement, redeeming the status of women in the family from the sway of weak interpretation of all oppressive laws, tradition, culture, religion and all forms of discrimination against women.

If it is not good in America, It must not be tolerated in Nigeria.

Considering all the negative consequences accompanying rape, especially  the recently reported cases occasioning deaths, wonders if the Nigerian government and Civil Society Group’s pretence at fighting for the rights of women is not just merely engaging in women’s struggle simply to acquire popularity and make money.

The NDG, as a Principal Dialogue Group, affirms its strong opposition to rape, and other violent crimes against women, which can diminish their humanity, calling on every Nigerian to expose perpetrators, while standing with the victims for appropriate legal and material remedies.

It also calls on the Civil Society Groups to work with notable Anti-Rape or Anti-Domestic Violence campaigners to engage in  education  of  boys and girls about sex without  ignoring the causative factors.

As a matter of urgency there must be an establishment of criminal justice system reform that treats rape as a grave act against human rights and applies tougher laws to deal with perpetrators.

Government must stand by its institutions to defend the rights of victims to empower them to seek and obtain justice and empower victims to erase the trauma of their conscience.

Government should also register the list of reported rape cases and publish the judicial proceedings on quarterly basis on the radio, television and recognized social media platforms in a timely fashion.

Citizens must rise to direct the attention of society and government to a new education on rape and violence against women, and together pull the triggers of the law against perpetrators, ensuring that the judiciary refrains from biased judgement.

Families of rape victims, must publicize their stories and put all necessary information in the public domain for appropriate public action.

Finally, young ladies and women should be cautioned to desist from actions, which may induce men of easy virtue to explore or exploit them for transient fun. Women and girls should observe good dress etiquettes that will deter criminals from lusting after their exposed bodies and desist from excessive night crawling with or without men,

Being undecided on relationship,

Avoid actions and temperamental relationships that could attract punishment from boys/men, and

Avoid relationships that could result in setup or revengeful acts from men. 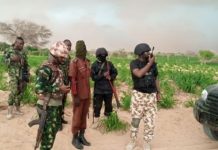 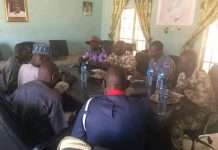 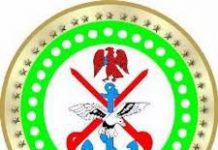 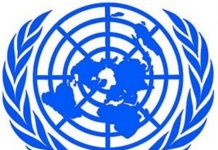 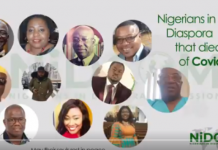 FG releases names, photos of Nigerians who died of coronavirus 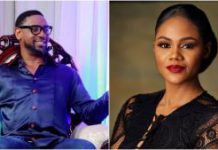 Border closure: Customs rakes in N9.2billion in one day – Ali