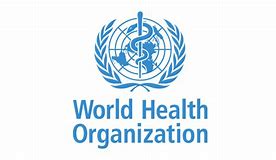 The World Health Organisation (WHO) says quality investment in nutrition can save 3.7 million lives by 2025.

The world health body said on Wednesday that health services must integrate a stronger focus on ensuring optimum nutrition at each stage of a person’s life.

WHO said a new report entitled: “Essential Nutrition Actions: Mainstreaming Nutrition Through the Life Course’’ estimated that right investment in nutrition could save 3.7 million lives by 2025.

The WHO Assistant Director-General, Dr Naoko Yamamoto, said nutrition should be positioned as one of the cornerstones of essential health packages to provide quality healthcare services and achieve Universal Health Coverage (UHC).

According to him, investment in nutrition actions will help countries get closer to their goal of achieving Universal Health Coverage and the Sustainable Development Goals (SDGs).

“It can also help the economy, with every one dollar spent by donors on basic nutrition programmes returning 16 dollars to the local economy,’’ he said.

Others are: promoting, protecting and supporting breastfeeding; providing advice on diet such as limiting the intake of free sugars in adults and children, as well as limiting salt intake to reduce the risk of heart disease and stroke.

He said that in spite of the progress made globally in nutrition, major challenges still exist.

“There has been a global decline in stunting (low height-for-age ratio) between 1990 and 2018.

“The prevalence of stunting in children aged under five years declined from 39.2 per cent to 21.9 per cent or from 252.5 million to 149.0 million children.

“Although, progress has been much slower in Africa and South-East Asia,’’ he said.

Yamamoto, however, said obesity was increasing, pointing out that the prevalence of children considered overweight rose from 4.8 per cent to 5.9 per cent between 1990 and 2018.

The assistant director-general said it constitutes an increase of over nine million children.

Yamamoto said that adult overweight and obesity were also rising in nearly every region and country, with 1.3 billion people overweight in 2016, of which 650 million signified that 13 per cent of the world’s population were obese.

According to him, obesity is a major risk factor for diabetes, cardiovascular diseases (heart disease and stroke); musculoskeletal disorders (especially osteoarthritis– a highly disabling degenerative disease of the joints); and some cancers.

He stressed that an increased focus on nutrition by the health services was key to addressing both aspects of the “double-burden’’ of malnutrition.

The News Agency of Nigeria (NAN) reports that the Essential Nutrition Actions publication was a compilation of nutrition actions to address this “double burden’’ of underweight and overweight.

It would also provide a tool for countries to integrate nutrition interventions into their national health and development policies. (NAN)

PDP to APC: As a party of manipulators, scammers, powermongers, certificate...