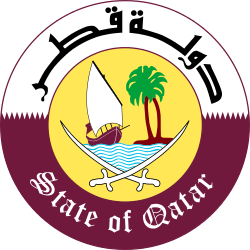 Qatar
With a death rate of 1.53% per 1,000 people, the Middle Eastern country of Qatar has the lowest death rate in the world.

Statistics show that every second, 1.8 humans de, and any random person currently has a 0.464% chance of dying within the year. Despite the ever-present threat of death, in some places it seems a more common event than others.

According to a report by CIA World Fact Book, Qatar has the lowest death rate in the world.

Crude death rates show the number of annual deaths occurring per 1000 members of the estimated population over a year-long period.

According to the same CIA report and verified by other credible sources, nations of the Persian Gulf have the lowest death rates in the world.

Qatar has the absolute lowest death rate in the world, with 1.53 deaths per 1000 people annually. One of the major reasons for its low number of annual deaths is its improved health care system.

It has one of the best and most widely recognized health care systems and, as compared to other nations, Qatar’s health sector is renowned for its technologically advanced medical facilities and the offering of the best of patient care.

With a population of 2,155,446 (2014 estimates), the country’s affluence has enabled the provision of medical care to most of its citizens.

According to international publications including the World Resource Institute, Kuwait had one of the lowest death rates globally, at 1.9 per 1000 people annually.

The low death rates in Kuwait have been attributed to its high standards for medical services provided, high health awareness among citizens, a workforce of qualified medical practitioners, and the latest of technology in medical devices.

However, according to the CIA report in 2014, the picture has taken a negative trajectory, as the death rate in Kuwait has increased to 2.18, with possible future increases yet to come.

In the Asian nation of Singapore, the crude death rate was low as well, standing at an annual rate of 4.3 deaths per 1000 people.

The health system in Singapore was ranked 6th in the World Health Organizations rankings of the best health systems in the world, which is probably the driving force behind the nation’s low death rate.

Singapore also has one of the highest life expectancies at birth, according to the CIA report. The CIA’s World Fact Book showed that recently the crude death rate has been reduced from 4.3 in 2000 to 3.3 in 2014, indicating an even more positive outlook than before.

Since official national death registrations began in Bahrain in 1990, the country has continually registered low mortality rates. The death rate in Bahrain was 1.9 deaths per 1000 people in 2011, also placing it among the lowest in the world, even lower than the death rates seen in Singapore, Libya, Oman, and Brunei.

In 2010, the population of Bahrain stood at 1,234,571, which is even smaller than that of Qatar. The government of Bahrain provides for the majority of its citizens’ health services, which is highly subsidized, and this serves as the primary explanation behind the low death rate in Bahrain.

Nonetheless, the death rate had increased to 2.69 by 2014, a discouraging trend reported by the CIA World Fact Book.

How Will Mortality Rates Change In the Future?

Globally, there are around twenty countries with a death rate below 4.5 per 1000. Among a few of these selected countries, however, the death rate is trending upward and is projected to continue to increase in the near future.

As global population rates decrease and the average age of populations becomes older, death rates will increase. Indeed, looking at the situation in mathematical terms based on historical demographic patterns, it becomes intuitive that death rates below five are likely unsustainable, especially in the midst of a changing global economic environment and the current worldwide fight against terrorism.

At the same time many countries with high mortality rates have the potential to decrease them by making their people more secure and improving their medical infrastructure and standards for occupational safety.