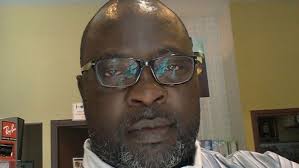 The Peoples Democratic Party (PDP) counsels the Minister of Information and Culture, Alhaji Lai Mohammed, to be cautious in celebrating the judgment of the Presidential Election Petition Tribunal, as his gloating will be short-lived.

The party says the judgment, which is a direct miscarriage of justice, cannot stand at the Supreme Court, given the weight of evidence against President Muhammadu Buhari and the All Progressives Congress (APC).

The PDP notes that those celebrating this attempt to corrupt our justice system as well as the brazen approval of a clear case of perjury are directly telling Nigerians something about their conscience and character.

Our party is not surprised that Lai Mohammed, speaking for the Buhari administration, came short of calling for the arrest and prosecution of opposition members for coming before the Appeal Court a situation which exposed their belief that they own the court and can determine the position of the judiciary on any matter.

Notwithstanding, the PDP holds that Nigerians have seen the “several errors” in the judgment delivered by the Appeal Court and have turned the verdict to a butt of jokes in public space.

We invite Lai Mohammed to tell Nigerians if his Law Degree was awarded to him on the basis of a sworn affidavit and pictures of his classmates; or was his Call to Bar at the Nigerian Law School also based on presentation of pictures and affidavit?

In fact, if anything, the unguarded outburst of the Minister of Information has heightened apprehension among Nigerians about recurrent manipulations of process by the APC and the Buhari Presidency.

This is more the reason the PDP stands with Nigerians in heading to the Supreme Court to uphold justice in the matter and salvage our nation from this drift towards impunity, anarchy and lawlessness.

In the meantime, the PDP counsels Lai Mohammed to redeem his image by offering explanations to Nigerians on his alleged role in the N2.5 billion National Broadcasting Commission (NBC) fraud before casting aspersion on others.