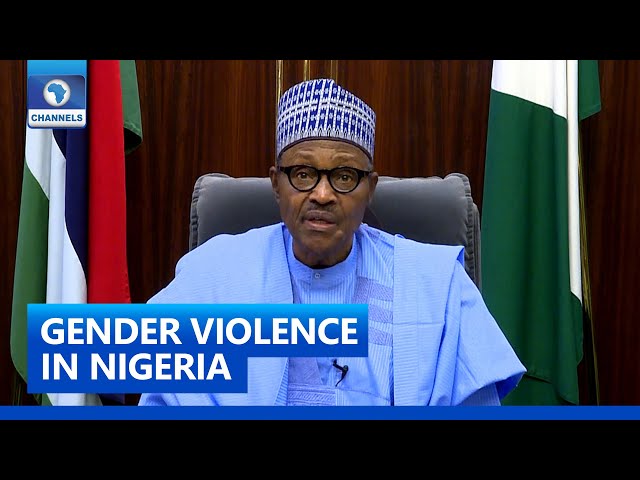 President Muhammadu Buhari has once again called for an end to violence against women and children in the country and around the world.

In solidarity with Nigerian women and children, President Buhari said the country has made a lot of progress in the fight against gender-based violence.

“I stand in solidarity with all the women and children in Nigeria and around the world and say no to violence against women and children,” he said in a message during the UN Spotlight Initiative Town Hall on Sexual and Gender-Based Violence in Nigeria.

“A lot of good progress has been made in the past few months. We have established an inter-ministerial management committee on the eradication of gender-based violence in the country.

“Many states in the country have passed laws promoting access to justice for women and children and services are being improved to support survivors of violence.

“Gender violence has consequences, not only for the victims and their families but on the community and the country at large,” he said.

“Preventing violence against women can save lives and prevent human suffering.”

According to Buhari, men also have a role to play in building a safer society for women and children and should recognize the role of women in the development of the economy and the country.

“A lot still needs to be done and I call on all our men and boys to help us in achieving our goal of creating a society that is free from domestic violence, rape and all other forms of violence against women and children,” Buhari added.

Eid-el-Maulud: Buni calls for reflection on unity of country