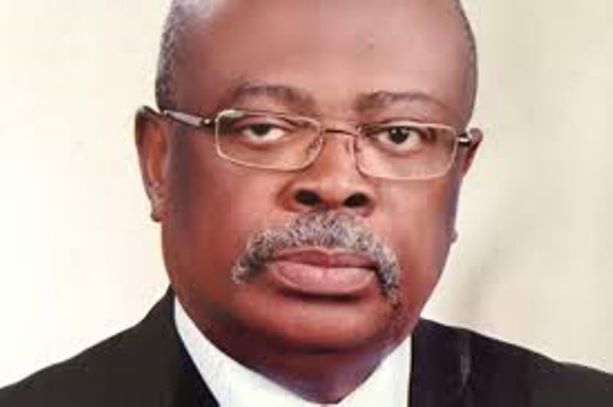 The world is replete with very many tinges of experiences. A man’s bad deeds lives long after his demise, but his good deeds are interred with his bones.

President Muhammadu Buhari accepted the burden of leading Nigeria at a time in its history every aspect of existence in the country was in extreme shambles.

It is repeating the obvious to say, the Military is the strength of every nation. The Army is its first treasured gold and hub of preserving and securing the territorial integrity and sovereignty of a nation from external aggressors.

The Army is the foremost in many ways and ought to pass fitness test all the times to respond to security emergencies.

Unfortunately, President Buhari met a Nigerian Army that was completely in disarray and neglected in infrastructural development; signposted by defaced and dilapidated barracks, ill-equipped armouries and populated by unprofessional and undisciplined soldiers.

Worse of it all, the Nigerian Army was politicized, enmeshed in partisanship and polarized along Nigeria’s faultlines of ethnicity, religion and regionalism.

Equally saddening was the reality that Nigerian soldiers who were formally famed nationally and globally for their gallant exploits in wars and Peace-Keeping Missions could no longer boast of such accomplishments.

Even combating the menace of Boko Haram terrorism and other insurrections in the country was a big challenge to soldiers. Troops disgracefully faltered many times on the battlefield in the face of enemy forces.

The dignity of the Nigerian Army was rubbished by a basketful complaints of favoritism in postings, stalled promotions, unpaid salaries, denial of basic allowances, poor or non-existent welfare packages; lack of motivational incentives to soldiers deployed on special assignments on Internal Security (IS), absence of a reward system for excellence, brazen abuse of Rules of Engagement (ROE), widespread professional misconduct and constant mutinies.

In effect, Nigeria operated and paraded a demoralized and depressed Army, where promotions were earned based on a soldier’s link or affinity with the President or other top notchers in Government.

A soldier’s hard work was not recognized and appreciated with a promotion as reward for excellence unless he either knows ex-President Olusegun Obasanjo or former President Goodluck Jonathan, the serving Presidents of Nigeria at that time.

Military Guard rooms were looking better than barracks where soldiers and their families were living. Army offices across the country were pigsties, and like dwelling places for animals.

The most fatal blow on the Nigerian Army was the deep-seated issue of religion and ethnicity.

They became strong factors in the force to the extent that it gravely affected the operations of the Army as an institution; shattered the coherence and the cord of comradeship among soldiers.

So, officers and soldiers had redirected their loyalty and patriotism to specific political parties which their brothers and sisters professed. It was not to Nigeria, the Commander-In-Chief of the Armed Forces, Army leadership or field Commanders. The productivity of soldiers was on a steady, generous and dangerous decline in a sphere of the Nigerian Army operations.

President Buhari could not accept the eroded values and degradation of the Nigerian Army. He knew he owes Nigerians and the Nigerian Army a sacred obligation to change its status of a degenerated Army to a responsive, responsible and professional Army.

But the President needed a marksman for the job. Thus, came the appointment of Lt. Gen. Tukur Yusufu Buratai, as the Chief of Army Staff and leader of the Counter-insurgency operations in Nigeria.

The COAS was briefed by his Commander-In-Chief on the task at hand. But ab initio, Gen. Buratai was also aware that he needed a standard Nigerian Army to deploy as solution to the countless security challenges which were tormenting the nation.

Having carved a niche for himself as a professional soldier of enviable standing, Gen. Buratai, also a notable administrative guru, launched far-reaching reforms and innovations in the Nigerian Army. And he followed their implementation reverently and meticulously.

Within a short time, the Army began to recover its lost glory and trampled shadows. Today, and with every sense of pride, the narrative of the institution of the Nigerian Army has changed for the better.

Its reputation has soared incredibly. It is attested by the sustained successes of troops over Boko Haram/ISWAP terrorism in the Northeast; soldiers’ professional candour, discipline and adherence to the appropriate code of service loyalty anywhere they serve.

A peep into Gen. Buratai’s leadership of the Nigerian Army shows a pleasing reversal of all the aforementioned odds and negativities, which demoralized, afflicted and hindered our soldiers from performing their professional duties. He has succeeded in insulating our soldiers from partisan politics.

Even when on Election Duty, soldiers remained apolitical and neutral in the exercise of their duties as recently confirmed by the Ebonyi state Governor, Chief David Umahi while assessing the Army’s participation in the 2019 general elections.

Salaries and allowances of troops are paid regularly and promptly; almost every Army Barrack in the country has undergone renovation; new offices have been built for the Army and old ones renovated; the reward system based on excellence has been restored and very active. Even on the battlefield, Gen. Buratai decorates soldiers who have displayed exceptional courage and gallantry in terrorism combats.

Soldiers need not to know Mr. President or have affinity with him to have their promotions effected and timely. All that is required of a soldier is his loyalty, dedication to duty and hard work to earn what he deserves.

Army Hospitals have been animated and stocked with drugs and other modern medical equipment for soldiers and their families. In -service training of soldiers is open to all indiscriminately and once a soldier qualifies or is due for refresher courses, he does not lobby anybody to get the approval.

Gen. Buratai has introduced multiple incentive packages for the Nigerian Army. These are initiatives that ginger performance enhancement for soldiers.

Interestingly, the Army Chief has repositioned the Nigerian Army in a manner that it has developed its internal capacity to contribute to the economic development agenda of the present political leadership of Nigeria under President Buhari.

These economic concerns are the first in the history of Nigerian Army and designed to serve both the Army and the Nigerian public.

Therefore, the arrival of President Buhari on the leadership podium of Nigeria and the right choice of Gen. Buratai as the COAS have been the saving grace of the Nigerian Army, which was fast sinking into oblivion. The duo have remained the best thing to have ever happened to the Nigerian Army.

Every soldier today looks at himself with pride and dignity. Troops no longer shirk at the warfront, but fight the enemies even at the cost of their lives. It is not controvertible that the Nigerian Army today stands as one of the best in Africa.

There is every optimism that it can still be the best in considering the various limitations in terms of technology. Nigerians believe it can be the overall in the world one day and Gen. Buratai can make it possible as evident in his determination to leave a legacy for the nation.

Tsav who was Commissioner of Police in Lagos and served at the Public Complaints Commission, Abuja wrote from Makurdi, Benue State.

BOOK REVIEW: Reviewing Breaking Down Diplomacy, and the art of negotiation...

Nigeria Will Fly Again: We Can Believe Kumuyi, By Femi Adesina