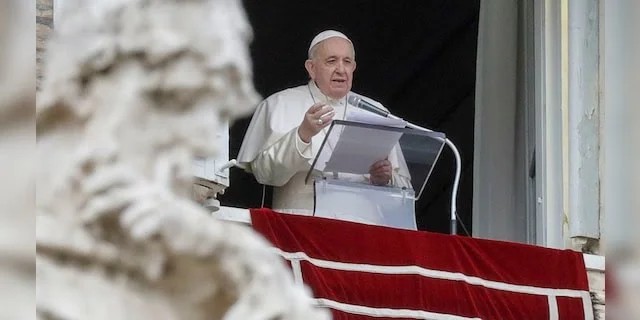 Pope Francis received his first dose of the coronavirus vaccine on Wednesday as the Vatican began its vaccination campaign, according to reports.

The inoculation of the 84-year-old pontiff was first reported by America, a U.S.-based Jesuit news outlet, and Argentine daily newspaper La Nacion, both citing Vatican sources.

It is believed that Francis received the Pfizer-BioNTech vaccine and will get a second jab in three weeks.

The Vatican has yet to officially confirm the pope’s vaccination.

Retired Pope Benedict XVI, 93, also plans on getting vaccinated against the virus, according to media reports.

Pope Francis told a TV interviewer on Sunday that he would receive the coronavirus vaccine this week.

The Vatican’s COVID-19 vaccine rollout began Wednesday in the Paul VI Hall in Vatican City, Matteo Bruni, the director of the Holy See Press Office, confirmed in a statement.

The Vatican has said it will give vaccine priority to health care and public safety personnel, the elderly, and those who come into contact with the public most often.

Francis has been vocal in his support of the vaccine, declaring it an “ethical duty” for everyone to get vaccinated during an interview with Italian TV station Canale 5 on Sunday.

“I really don’t understand why some people say this could be a dangerous vaccine,” he said. “If doctors say it can work well and you don’t have special dangers, why not take it? There is a suicidal denialism that I would not know how to explain, but the vaccine must be taken.”

Francis told the station he would be receiving the first dose of the shot this week. (Fox News)

Again troops of ‘Operation Accord’ kill scores of bandits in Zamfara