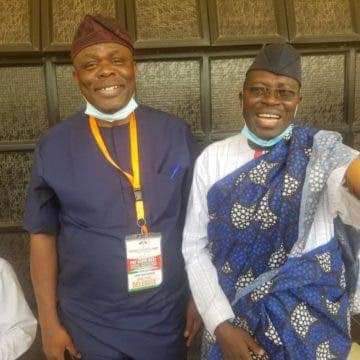 The Peoples Democratic Party (PDP) said the successful conduct of its zonal congress in the North Central and Southwest zones despite the doomsday prediction of naysayers, further confirmed that the party was united and poised for the task ahead.

In a statement by the National Publicity Secretary, Kola Ologbondiyan, the party asserted that the spirit of sportsmanship and unprecedented zeal displayed by critical stakeholders and members of the party in the exercise was an unmistaken pointer that the PDP was indeed poised to take back its political dominance in the two zones.

The party noted that the rancour-free atmosphere in the keenly-contested congresses as well as the spirit of sportsmanship and maturity displayed by aspirants, leaders, stakeholders and members of the party in the exercise also gave credence to its free, fair and credible internal democratic processes.

It added that the peace and understanding that pervaded the exercise in the two zones had also shown that the PDP was a party of patriotic Nigerians, who put the collective interest of the nation over all parochial consideration, in the all important task to rescue her from the misrule of the All Progressives Congress (APC).

The PDP commended the commitment of party leaders and elders in the two zones for ensuring genuine reconciliation and understanding among all stakeholders leading to the successful conduct of the exercise.

The party also congratulated the newly elected zonal executive officials of the North Central and the Southwest while commending all the aspirants for their display of sportsmanship, in line with the ideologies of the party.

It called on all members in the two zones to remain united and continue to work hard, particularly as Nigerians were looking unto the PDP for direction in their quest to return the nation to the path of peace, economic prosperity and national cohesiveness.