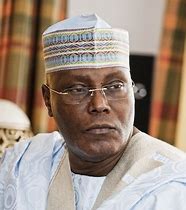 He took to his social media handles, particularly his facebook wall and whatsapp, to draw public attention to the alleged injustice that has put the unity of the PDP in the state under a serious threat.

Abbo cited the unjustifiable disqualification of twenty-four PDP leaders who had indicated interest in the forthcoming local government election in the state as the cause of a festering intra-party tension.

He alleged that the State Governor, Ahmadu Fintiri, was promoting a selfish agenda, anchored in ethnic nationalism and religious bigotry, which would end up destroying the party in the state if the trend was not reversed.

Abbo stated that the Chairman of the Screening Committee, Hon. Kwanmoti Laori, whom he described as a known ally of the governor, was deployed in disqualifying the twenty-four party leaders from contesting the forthcoming local government poll on baseless and frivolous grounds.

He hinted that, consequently, aggrieved stakeholders of the party, including two serving senators (including him), two members of the House of Representatives and six members of the State House of Assembly, whom he did not name, had perfected plans to dump the PDP in protest.

His post on his facebook wall and whatsapp reads: “24 PDP Leaders were disqualified from contesting the forthcoming LGA Election in Adamawa state. I learnt that the Screening committee was chaired by Hon. Kwanmoti Laori, a known ally of the Governor of Adamawa State, Rt. Hon. Ahmadu Fintiri.

“The disqualified aspirants, which Included the Deputy State Chairman of the party and other state and Local Government executive committee members were disqualified on frivolous grounds and some on outright lies to avoid conducting a free and fair primary election for fear that their anointed candidates will lose.

“As one of the leaders of the party in Adamawa state and a major stakeholder, I want the PDP in Adamawa state to quickly reverse such devilish decisions so that the party will not be plunged into a crisis of no return. Can’t we manage success for once?”

He stated further, “Must we become dictators overnight even though we are beneficiaries of a free and fair election in Adamawa state in the 2019 general election as allowed by President Muhammadu Buhari? Why does the PDP want to blow the bridge that brought it to power? So the PDP in Adamawa state has not learnt any lesson from its 2015 dangerous primary election manipulations that sank the party into the gutter?

“Leaders, more especially elected ones in positions of trust, must live beyond personal interests arising from ego, religious or ethnic interests in the overall interests of the Nigerian people.

“While I believe that the appeal committee will do justice and reverse such self-serving, self-helping shame, I call on the party to immediately set up a committee to probe these enemies of our party and make their findings public.”

He added, “If we cannot learn from our 2015 Intra-party wrangling, let us learn from the APC Adamawa State Chapter’s pre -2019 intra-party election cold war that later became a full-blown political Tsunami. Today they are out of power.

“I have called the state Party Chairman and have written the National Chairman so that the PDP nn Adamawa state will be saved. For when (not if) it happens, don’t say I didn’t warn them. I will write you more.

“#SAYNOTODICTATORSHIP #SAVEADAMAWAPDP. Kindly save this post. You will remember it. I will soon address the press.

When contacted yesterday, Senator Abbo confirmed that his position on the development in Adamawa State chapter of the PDP over the forthcoming local government election was encapsulated in his social media posts.

However, there were suggestions yesterday in certain quarters that the lack of mutual trust among some stakeholders in the Adamwa PDP started over the choice of the Speaker of the State House of Assembly, which allegedly took a religious dimension.The PDP produced 13 out of the 25-member House with APC’s 11 and ADC’s 1. There was said to be a mock election among the PDP legislators-elect, which was reportedly won by a Christian member-elect but the governor allegedly arm twisted stakeholders to vote for a Muslim Speaker and a Muslim Majority Leader.

The disqualification of prominent PDP leaders in the contest for the local government tickets, allegedly leaving Muslim aspirants unchallenged, has reportedly reopened the wound of political animus.

Prominent stakeholders argued that President Buhari appointed six senior ministers from the northwest zone to compensate the zone for the massive votes they gave to him in the 2019 presidential election and wondered why Governor Fintiri was working against the Christian population whose votes ensured his governorship victory.

Omotola Jalade: At 18, I was prepared for marriage and I...

Senate resumes plenary, gives Nov. 27 as deadline for submission of...