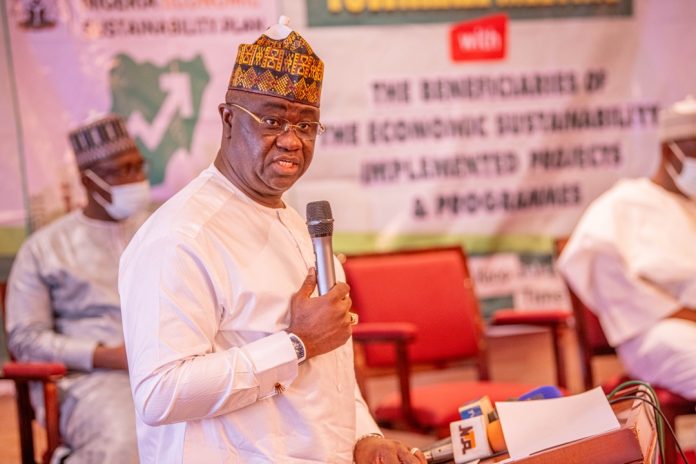 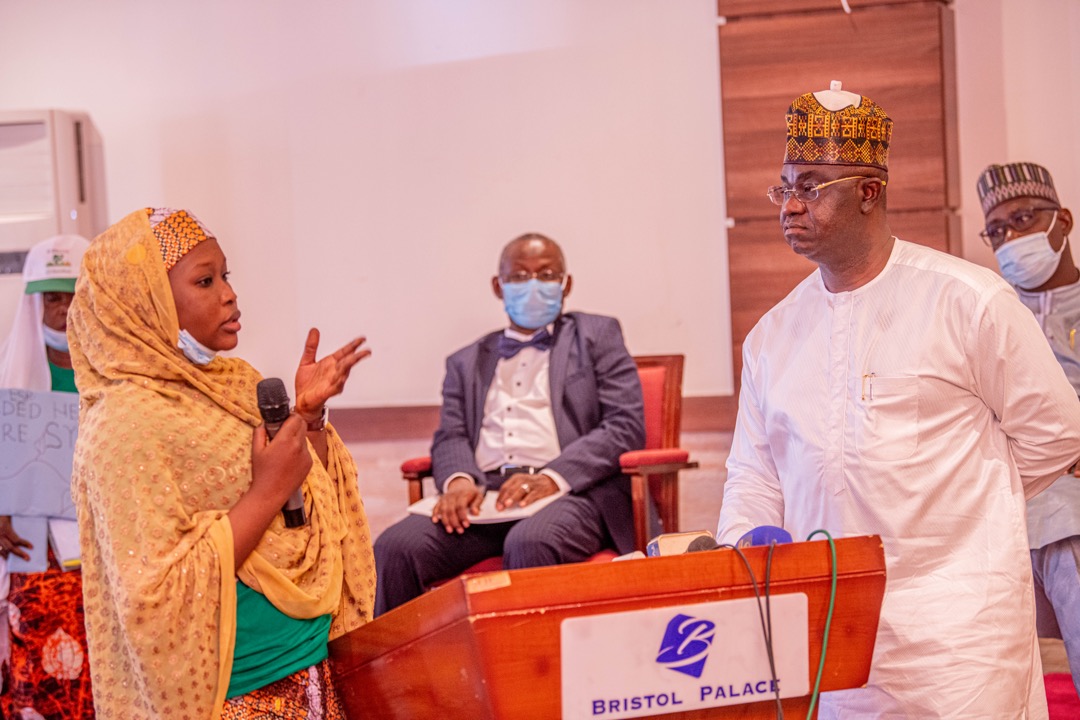 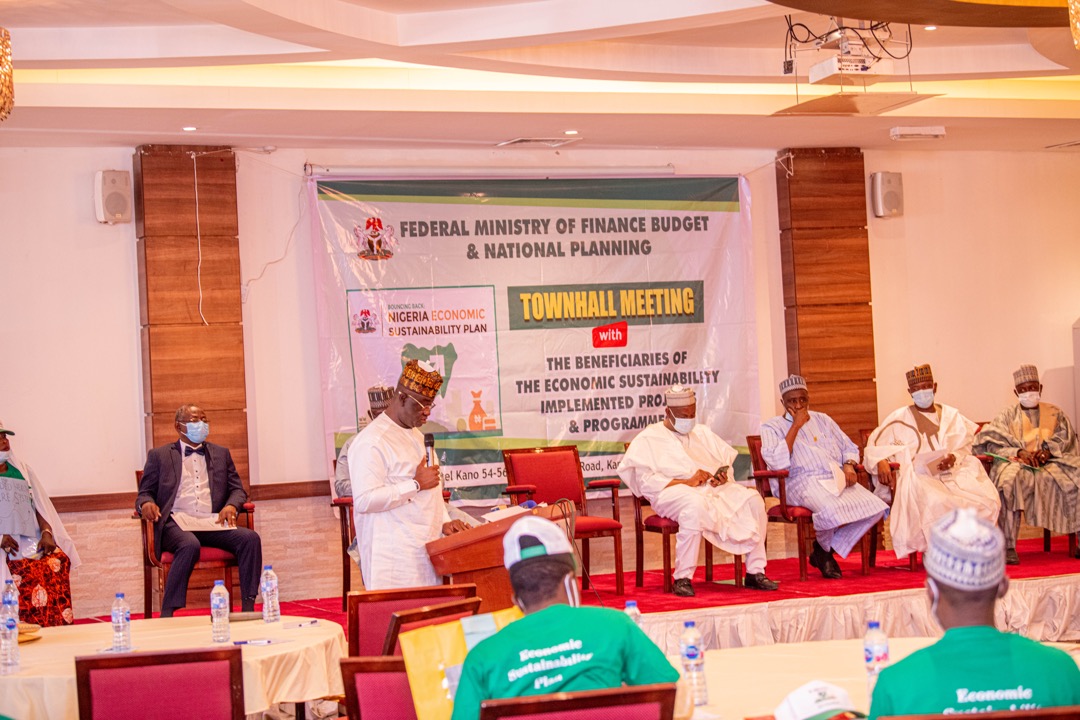 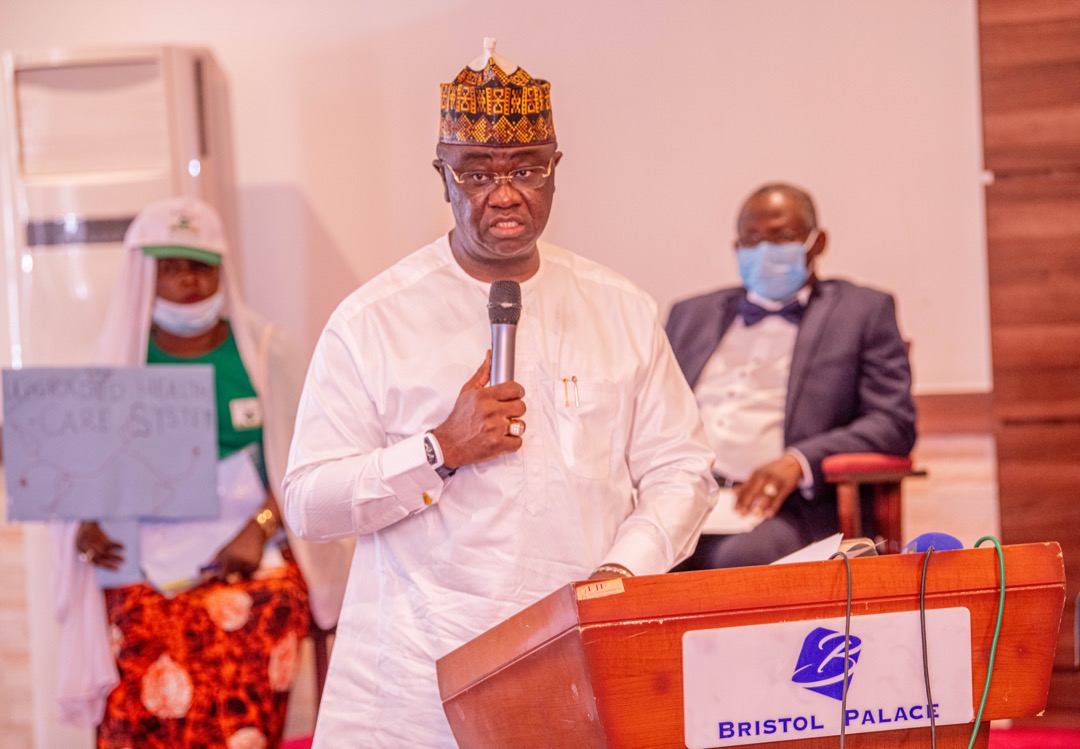 Minister of State for Budget and National Planning,  Prince Clem Ikanade Agba,  said that the ministry’s Web app, the “Eye Mark” that citizens could use to monitor execution of capital projects countrywide and report progress of work to government was 90 percent developed, declaring that the app would soon be launched.

Agba stated this in Kano on Monday, thus week, in a keynote address at a Town Hall meeting with the beneficiaries of the programmes and projects implemented under the Federal Government’s Economic Sustainability Plan (ESP).

He said this was one of the steps taken by the Federal Government to ensure citizens’ participation in governance and inclusive approach to leadership.

According to him the current administration placed great importance on citizens’ participation in governance, tracking service delivery and development in their communities.

Read him; “In order to ensure transparency and accountability in the delivery of government’s capital projects countrywide, the Ministry of Budget and National Planning is working on a Web App -the EYE MARK- that will assist citizens to “eye mark” and report on government’s projects and programmes “earmarked” for their communities using their mobile phones and in “real time”.

“The Eye Mark app will soon be launched as it is about 90 per cent developed. This government requires your active participation in the process of tying budget provisions to projects and getting time value of money earmarked for capital projects, as “governance is a collective responsibility by all citizens.”

“The steps taken were geared towards ensuring that our approach to leadership is inclusive and participatory and that We Walk the Talk.” 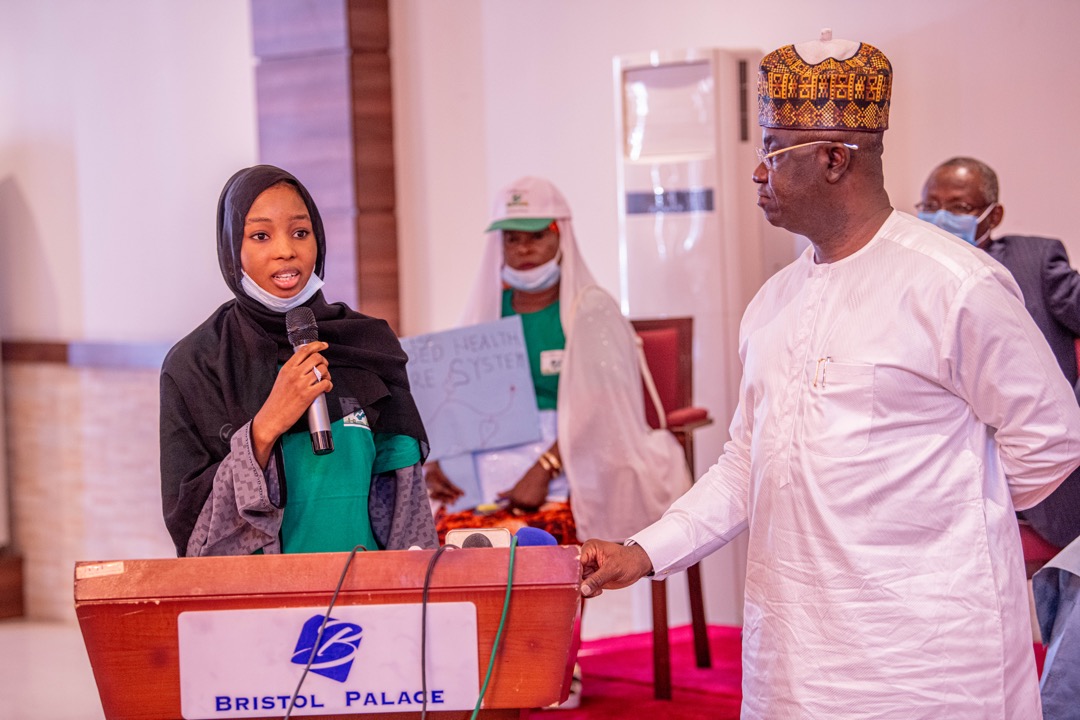 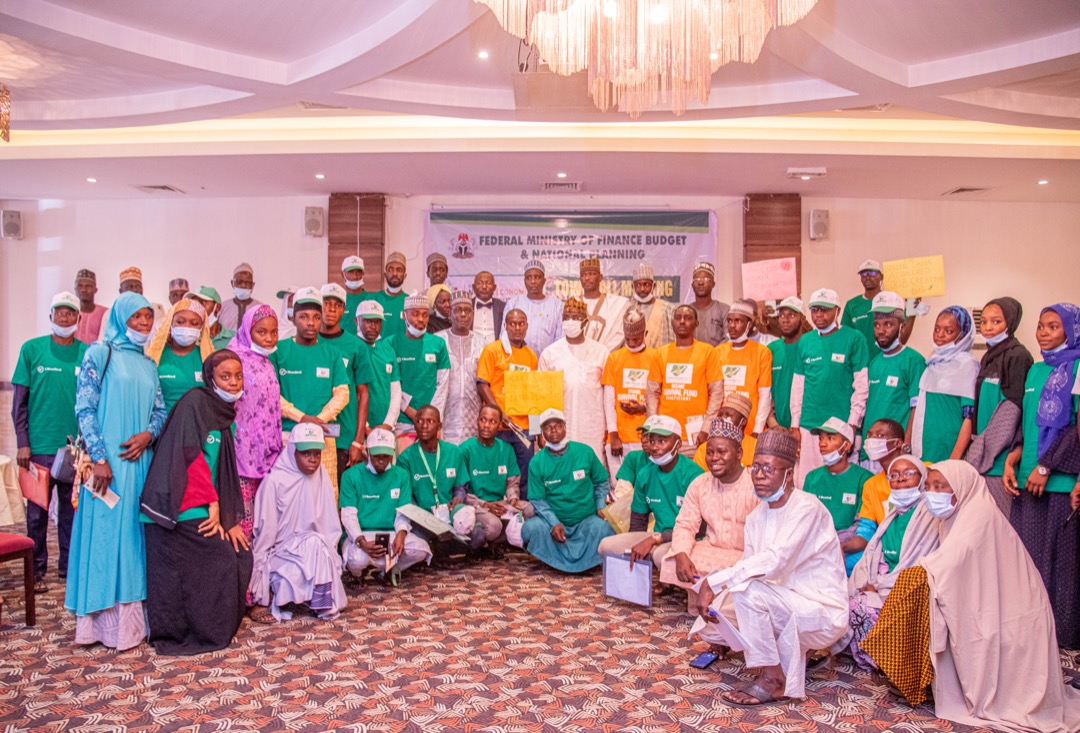 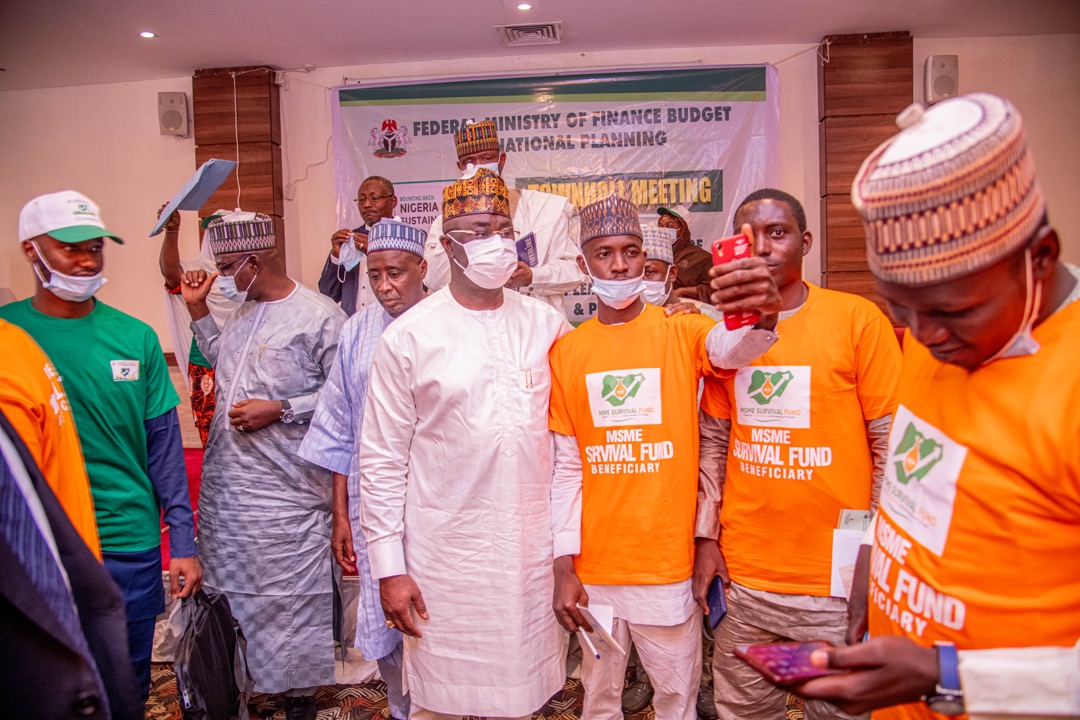 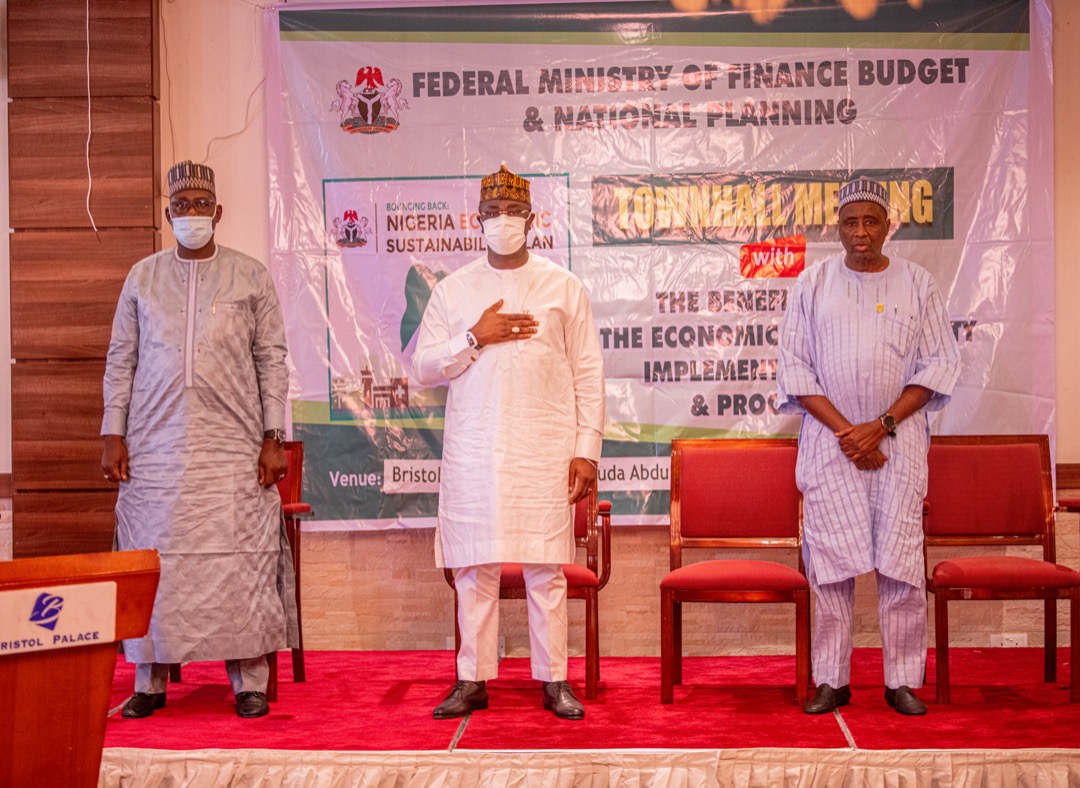 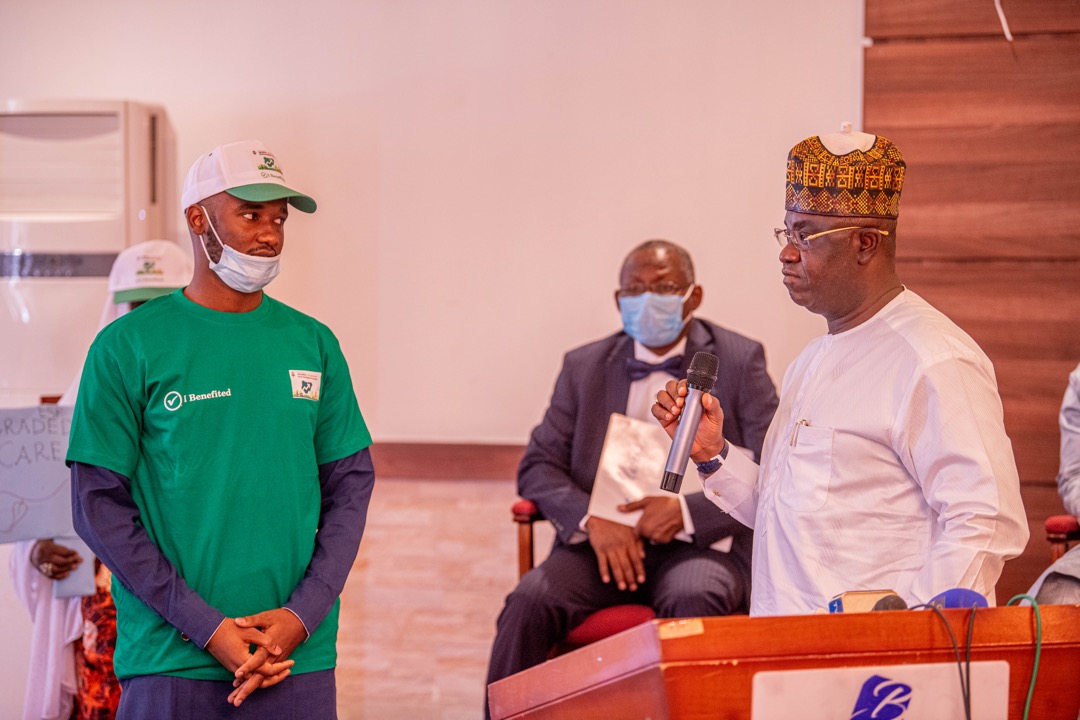 Agba reminded the beneficiaries of the projects and programmes implemented under the ESP that the plan (ESP) was conceptualised by President Muhammadu Buhari, to mitigate the impacts of COVID-19 pandemic and the effects of a deep recession that the country experienced as a result of the economic shutdown following the pandemic.

He said that the pandemic caused massive job losses and supply chains disruption with negative implications for the economy.

“Remarkably, the demand for crude oil was depressed due to an unprecedented oil price crash which resulted in very low revenue and foreign exchange earnings for the country,” he stated.

He continued: “The ESP projects and programmes commenced in July 2020 and were scheduled to be completed in one year. As of today, the ESP has delivered many positive results particularly in the area of job creation.

“In specific terms, the ESP has saved about 1.3 million jobs through the Micro, Small and Medium Scale Enterprises (MSME) and Payroll support.

“For instance, the sum of ₦250bn was allocated to support small scale businesses. In addition, 774,000 jobs were created through the public works programme under the National Directorate of Employment (NDE) and 26,021 jobs were generated from construction/rehabilitation of federal roads under Federal Roads Maintenance Agency (FERMA).”

The minister stated further that in the works sector, about 3,707kms of federal roads were constructed/rehabilitated by FERMA across the federation, adding that 400 housing units were being constructed for Persons of Concerns in Borno, Katsina, Edo, Zamfara and Kano States.

He disclosed that in the Agricultural sector, 495 kilometers of rural roads were constructed by the Federal Ministry of Agriculture and Rural Development to boost agricultural production, enable farmers’ access to markets across the country and prevent post-harvest losses.

He added: “Significantly, 129,000 crop farmers and 38,333 animal farmers have been profiled for support for the dry season farming cycle and ₦471bn was allocated as loans to farmers under the Agriculture Jobs and Food Programmes across 14 Crop Value Chains (including beef production, aquaculture and poultry farming, among others) out of which the Federal Ministry of Agriculture and Rural Development (FMARD) reported that ₦14bn was disbursed to Commercial Banks for lending to farmers for the 2021 wet farming season.

He stated that in the water sector, 485 water points were constructed/ rehabilitated by the Federal Ministry of Water Resources across the country while in the energy sector, ₦140bn was allocated to achieve the energy-for-all-solar-power projects in schools and public institutions.

“The country’s middle class of roughly 50 million people is expected to help grow the country into one of the top-twenty global economies by 2050. These statistics show that Nigeria has enormous potential and opportunities.”

His assurance: “Nigeria will continue to provide the enabling environment for businesses to thrive. Let me reassure you, once more, that the administration of His Excellency, President Muhammadu Buhari, GCFR is interested in attracting and supporting foreign direct investments and partnerships in Nigeria.

“The government is creating an enabling macroeconomic environment by eliminating barriers and putting in place many incentives to attract investments.

“In addition to incentives in the Economic Sustainability Plan (ESP), we have, since inception of this administration, put in place various policy measures to enhance the enabling environment and ensure good governance/transparency.

“The Treasury Single Account (TSA) application, Tax Reform, development of Anti-Corruption Strategy 2017 – 2021 and the Presidential Initiative on Ease of Doing Business are some of these policy measures.” 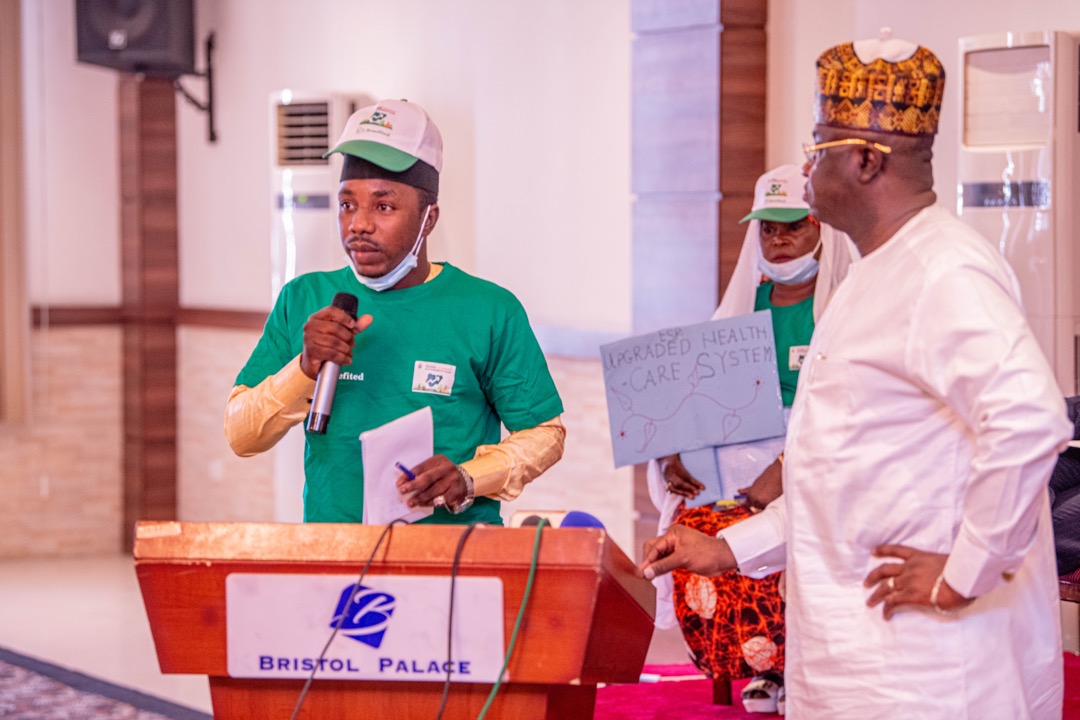 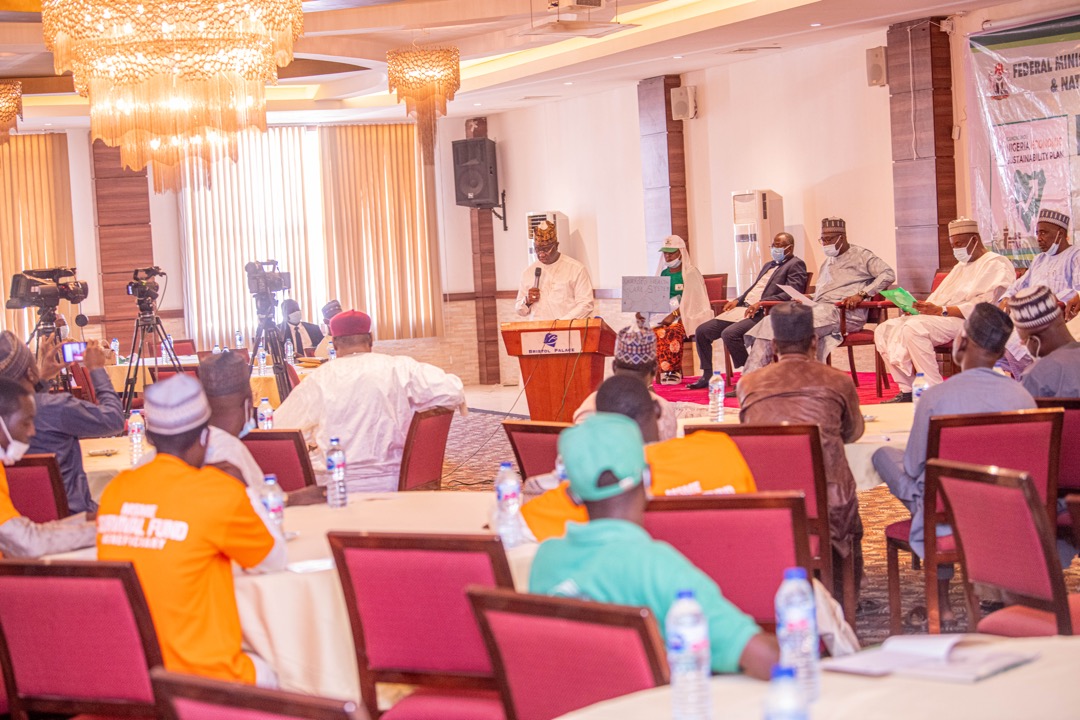 Over 65,800 Borno farmers denied access to agricultural inputs by insurgency...

UN calls for citizen-centered approach in combating graft in Nigeria