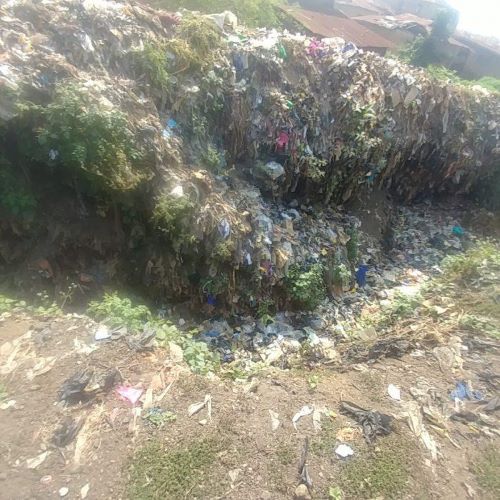 In order to avert epidemic in Oleyo, Orita-Elelede, Jameegbo and Akilapa communities in Osogbo the Osun State capital, residents of the affected areas have enjoined the state government to urgently come to their aid due to some unauthorised refuse dump sites in the areas.

The residents, who said illegal sites had continued to pose serious threats to their health for a long time, were seeking urgent attention of the state government.

The residents appealed to the state government for quick intervention of to avoid outbreak of diseases.

The residents claimed that all efforts in bringing the Olorunda local government, the state Ministry of Environment and Sanitation as well as the state Waste Management Agency have proved abortive.

Some residents, who spoke under the condition of anonymity, lamented that they had been marginalised by the government in the state, adding that, they had taking some steps but government did not give attention to them since.

“We will not relent in appealing to the government but however, we are still calling on the state governor, Mr Gboyega Oyetola to have mercy on us by extending dividends of democracy to us through evacuation of the site for us to be relieved.

“The governor should give urgent directives to the state Ministry of Environment and Sanitation as well as the Osun State Waste Management Agency for them to do something on the site in which if care is not taking on time, we are in the rainy season now, it may lead to heavy flood disaster in the affected areas.

“It is time for the concern government agency to urgently wake up and do something to alleviate the suffering of the people in that communities because of the health hazard that such an heavy dump sites without proper maintenance may cause to their environment,” the residents said.

Buhari to present 2021 budget proposals to NASS joint session next...

Defection of 7 APC lawmakers of Edo House of Assembly to...