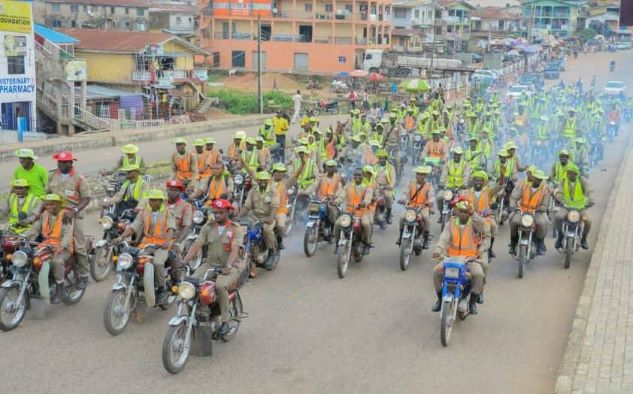 By Richard Akintade in Osogbo

Thousands of the Osun Youths Empowerment Scheme (OYES) Cadets, on Monday, staged a public protest against the alleged non-payment of five months salaries by the state government

The OYES Youth Empowerment Scheme is a government intervention programme designed to eradicate poverty in the state through the engagement of the youths.

It was introduced by the immediate past Governor of the state and current Minister of Interior, Ogbeni Rauf Aregbesola.

Some aggrieved members of OYES while speaking with our Correspondent alleged the management of the scheme have delisted their profileS from the scheme portal which led to the denial of their salaries.

They said the state government owed them five months’ salaries.

One of the protesting OYES Cadets, who identified himself as Shola, said “We are out on the streets especially at our Head Office today to protest the non-payment of our salaries. The government owes us five months.”

He further alleged that, “We don’t know why the management of OYES delisted our profiles from the Portal; they did this so we won’t be able to claim our outstanding salaries again.

“And life has not been easy for us again. Most of us depend majorly on this programme. We want to urge the Governor, Mr Gboyega Oyetola to please come to our aid,” Shola said.

Efforts by our Correspondent to speak with the state Commandant of the Scheme, Col. Enitan Ibukun, retd on the protest by his boys was not possible as his mobile phone was not available.