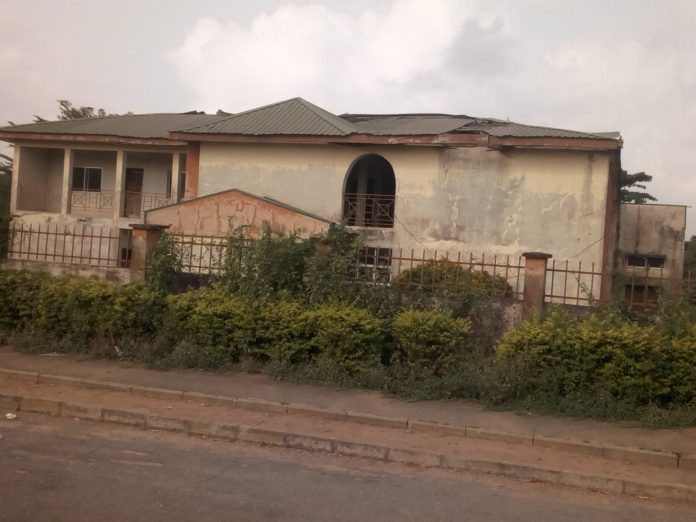 The Osun State Government Printing Press, which is expected to play a prominent role in printing sensitive materials, restricted documents, and calendars, among other documents for the government, is currently abandoned and dilapidated.

Visit by our Correspondent to the “ugly looking” building located in front of the state Ministry of Information and Civic Orientation, state Secretariat, Abere-Ede, disclosed a building that is in urgent need of rehabilitation.

The deplorable situation of the infrastructure has left workers from the ministry of information in a state of dilemma.

However, the affected printers and other staff members of the press are worried by the manner in which government handles the issues that have to do with the place.

The revenue-generating potential of the press has been weakened, thus making it difficult for government to deploy it in boosting its Internally Generated Revenue, IGR.

Our correspondent noticed that the premises of the building had been taken over by weeds.

Reptiles like lizards and snakes, as well as rats have taken over the building and its premises.

The lackadaisical attitude of the Osun State government to the only printing press owned by it has worsened the situation of the place and consequently making the potential revenue earner to wear an ugly look after years of abandonment.

Due to the dilapidated condition, finding revealed that both the printers and other equipments as well as staff members of the Osun State Government Press have been relocated to another office in the main building of the ministry.

According to some people who spoke with our Correspondent on the situation of the building, “We know that our amiable governor, Mr Gboyega Oyetola is currently celebrating his second year in office and there are lots of development projects to show for it and it’s not that the building is abandoned just like that, it’s one step before another.”

One of them, Egbetunde Joshua, said, “the same government has just finished renovating the Conference room of the Ministry that got burnt some years back; so, definitely, government shall also attend to that of state printing press.”

But the question on the lips of people in some quarters is: where are official documents belonging to Osun State government being taken to for printing, and how much is being spent annually for printing sensitive materials and other related documents?

It was learnt that several letters had been written to the state government, drawing its attention to the deplorable condition of facilities in the building but there had been no positive responses to them.

Also another worker who equally spoke with our Correspondent said that “This building has been in this condition for a very long time and nobody is talking about it. Several letters had been written to the government but there has been no response.”

He said that former Governor Olagunsoye Oyinlola built the state printing press with the aim of assisting the state to conserve money and generate revenue, but that thecaimnhas now been defeated as a result of negligence.

According to him, “We feel government has forgotten this place. I want to use this opportunity to call on Governor Gboyega Oyetola to resuscitate this printing press for the benefit of all.

“The governor must be interested in the printing press renovation programmes. This is where sensitive materials are being published. Annual calendars, diaries, files, among others.

“Since the abandonment of the facilities, government has been spending huge amount of money in private printing presses for the printing of official materials.”

Meanwhile, efforts by The Conclave to get government’s reactions proved abortive as calls and messages sent to the Commissioner for information and Civic Orientation were not treated.

In It Together: Protecting the Health of Africa’s People and their...

Bloodletting continues as bandits kill 15 in yet another attack in...