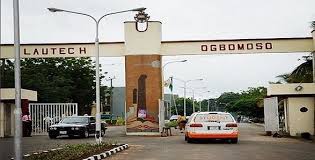 The National Universities Commission (NUC) has pledged its commitment to ensuring the full and faithful implementation of the terms of the agreement reached by the Governors of Oyo and Osun states over Ladoke Akintola University of Science and Technology (LAUTECH).
Addressing a news conference in Abuja on Friday, the Executive Secretary of the NUC, Professor Abubakar Rasheed, applauded the state governments for giving legal effect to the transfer of LAUTECH to Oyo state government and the College of Health Sciences, Osogbo to the Government of Osun state.
“Over the years, the joint ownership arrangement has been characterised by government or management challenges, affecting the appointments of vice-chancellors and other principal officers,” Professor Rasheed said.
“And occasionally, problems started to show, especially problems to do with the irregular payment of staff salaries.
“In September 2010, when it became obvious that the joint ownership of the institution was an issue, actually, a problem.
“In an attempt to resolve these challenges and restore normalcy to enable the university focus on achievement of its mission, the NUC then constituted a transition committee to oversee the affairs of the institution for three months.”
Professor Rasheed said that with the dissolution of the joint partnership agreement, LAUTECH would regain its pride of place as a front-line university in the country.
Please follow and like us:

#EndSARS: ‘WRITINGS, CRACKS ON THE WALL’ IGNORED, By Martins Oloja