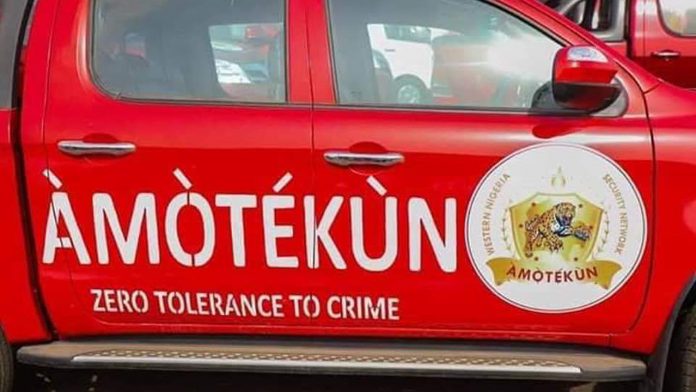 By Richard Akintade, Osogbo.
Osun State House of Assembly on Thursday charged the Governing Board of the State Security Network and Amotekun Corps to be up to the task in the discharge of their mandate.
The Speaker of the state Parliament, Rt. Hon. Timothy Owoeye gave the charge  at the screening  of Brigadier Issa Ademola Aderibigbe (retd.) as Chairman of the Governing Board and Brigadier Bashir Biodun Adewinbi (retd.) as Corps Commandant of the State Security Network respectively by the House of Assembly sittingl in Osogbo.
Hon. Owoeye enjoined members of the board to bring their experiences from the Nigeria Army to bear in assisting the state to fight any criminal activities.
The Speaker advised the board to work together with both local vigilance groups and hunters to combat the crimes while they should strike synergy in discharging their duties when they come on board.
He advised the board to have a harmonious working relationship with local vigilance groups  and hunters.
According to him, “I want to urge you to work with our local securities and police authorities in the state.
“We are going to involve our various traditional rulers and village heads because they all have roles to play in security matters.”
In their various remarks, the lawmakers testified positively about the nominees of the state governor.
They said that their previous performances in the offices held spoke for them.
They all vouched for the competences of the nominees as security personnel while they assured that both nominees would leave up to expectation in their duties.
Meanwhile, the nominee’s promised to do their best for the state on security matters.
The duo called for support from state lawmakers in discharging their duties diligently and to enforce law and order.
They9 pledged to protect various boundaries against enemy of progress.
They said Amotekun corps would be a disciplined security outfit in the entire Southwest and beyond.
They noted that Amotekun corps would control the local vigilance groups  and hunters under their watch.
“We are coming onboard to assist police in making Osun to be Free from criminals activities”, they declared.
Please follow and like us: