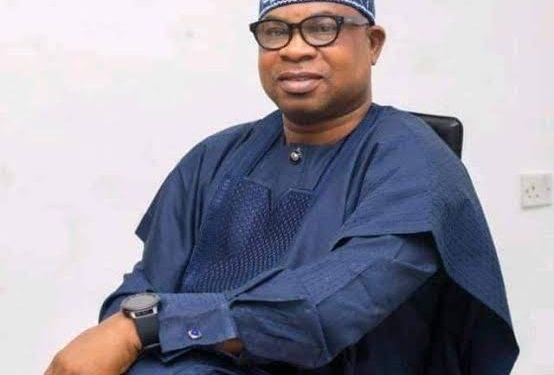 The Commissioner for finance in Osun State, Bola Oyebamiji, on Sunday projected that the 2022 governorship election will be largely based on issues of qualitative governance, genuine passion and commitment, transformative policies and visible economic rejuvenation indicators of the state which can only be found in the incumbent Governor, Gboyega Oyetola.

Oyebamiji, a former Managing Director of the Omoluabi Holdings, made this affirmation against the backdrop of an article published by a national newspaper suggesting him as a possible replacement for his principal to satisfy the agitation for Osun west senatorial district orchestrated by a faceless group, saying the imaginations of the faceless group should be disregarded.

He said, “The premise upon which this administration has magnanimously channeled a course for the development and better welfare package is the capacity and capability of our governor to bring financial ingenuity and creativity to governance, his magical touches in administration are top notch, and as you can see, Osun is on the path of resounding economic recovery despite the myriads of financial challenges.

“The Governor has done fantastically well, merging and unifying forces together, strengthening the bond of our party, ensuring equitable distribution of political patronage and developmental projects, especially in the west district. For instance, the Ede to Ejigbo road and Ede to Ara junction is longer than the other roads we are reconstructing combined together.

“Same goes for the PHCs too, we have well above 100 that have been completed, well equipped and made functional in this district by the Oyetola administration, our long abandoned Osogbo Iwo road is receiving attention, most progressive sons and daughters with sound ideological reasoning of all the communities making up our district are happy with Oyetola, if not for anything, for the timely and prompt payment of salaries for civil servants and pensioners.

“My opinion on this subject matter is for our leaders and elders to start lobbying for power shift to our region in 2026, after Governor Oyetola might have completed his eight years in office, we must be well galvanised to protect our state from political vampires and predators, Osun cannot afford to sacrifice excellence and resourcefulness for penchant agitation for zoning and ethnic considerations.

“Let me conclude this interview by telling you that if eventually, these faceless group is unmasked, I will not be shocked to see retrogressive elements among them.”