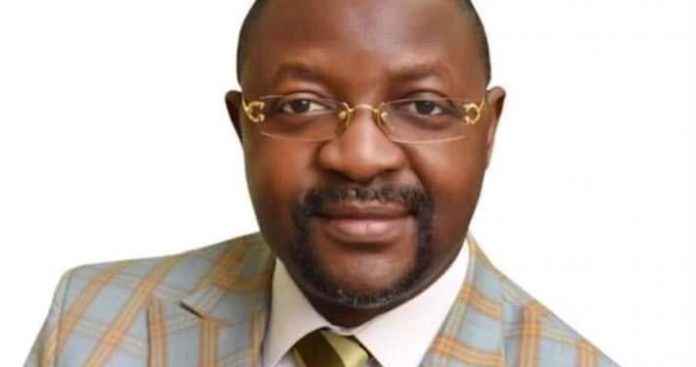 Nigeria’s Minister of Youth and Sports, Sunday Dare broke a ten-year jinx as he led an international delegation with the President of the International Olympics Committee (IOC), Dr. Thomas Bach, to commission the Secretariat of the Association of National Olympic Committees of Africa (ANOCA) in Abuja.

Before Sunday Dare became the sports minister in August, Nigeria has had seven men in the saddle in the past 10 years.

The commissioning of the ANOC secretariat effectively makes Abuja the Olympics City for Africa, according to the IOC President.

The minister described the event as  “a landmark in the development of sports on the continent of Africa.

It is a day that the entire black race should be proud of. And as Nigerians, we are proud to be a major contributor to the actualization of this day.

“Aside the obvious fact of the Commissioning of the Building that would from today be the administrative and technical hub of sports administration on the continent, we also have in our midst, the leaders of the world governing body for sports, ably led by the President of the International Olympic Committee, Dr. Thomas Bach.

“The journey to this day started some 13 years ago when Nigeria alongside six other African countries bided to host the Headquarters of ANOCA and become the Olympic capital of Africa.

“After a rigorous selection process, Nigeria was eventually selected as the Host Country for the umbrella body of the Olympic movement in Africa at the General Assembly, which took place in Kenya in June, 2006.

With the selection and signing of the Headquarters Cooperation Agreement on February 21, 2007, the ANOCA Secretariat, hitherto in Yaoundé, Cameroon was moved to Abuja, Nigeria.

“While biding as a Host Country, the Federal Republic Nigeria had promised to build a benefiting Headquarters for the continental body.

“On the road to fulfilling that promise, the foundation laying ceremony for the building was performed on July 6, 2009, by Dr. Jacques Rogge, the immediate past President of the International Olympic Committee.

“I must say we are indeed lucky to also have present here today to commission the building, the current President of the IOC, Dr. Thomas Bach.

“Distinguished ladies and gentlemen, the commitment of Nigeria to the completion of this edifice has been unwavering. It is for this reason that the Federal Government ensured the continued funding of the project from inception to completion.

“It is my sincere hope that the vision for which the project was executed would be achieved for the benefit of all Stakeholders,” he said.