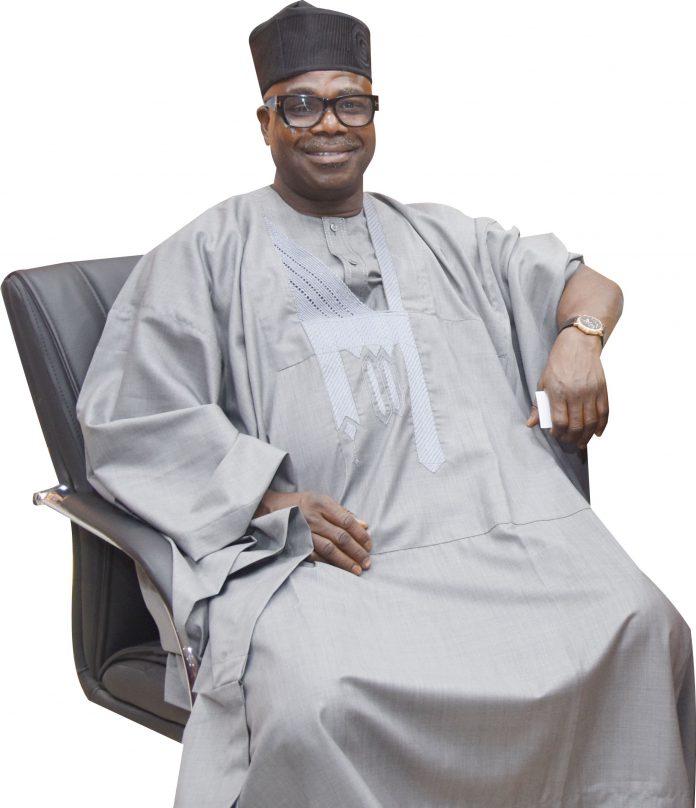 A series of salacious stories were recently published by several online news portals about plots by a Lebanese engineer, Said Khalaf, to annex Setraco Nigeria Limited (SNL).  Khalaf’s alleged gambit was not only to shortchange the progenies of the late Alhaji Inu Umoru, the principal partner of the 41-year old business, who passed on in 2009, but also to ensure, as alleged, the company goes under in the event the take-over plot fails.

The allegations, supra, were some of the reinforcing themes of the media narratives. While I will not rehash the mind-boggling and questionable financial transactions that reportedly bore the imprimaturs of Khalaf and his cohorts, which, as rumor has it, plunged the indigenous construction company into N17 billion-debt, since he (Khalaf) has yet to publicly debunk the media reports, I will, no more than, add some positive dimensions to the complex narratives around certain contending issues.

The first significant dimension is the decision by the new Chairman of SNL and son of the legitimate principal partner, Chief Abu Inu Umoru, to reposition the company and disentangle it from its orchestrated indebtedness. His appointment of a Nigerian Finance Director, Mr. Zuberu Lee Obomeghie, an accounting egghead, to halt the occupation of the strategic office by a tribe of Lebanese, appointed by Khalaf, was a circumspect move.

It was a measure of Chief Abu Inu Umoru’s administrative savoire faire that produced magical results, thus leveraging the profile and fortunes of the company. Deploying brilliance and experience honed in his many years of engagements with international organisations such as the Arthur Anderson & Co., United Nations and United States Agency for International Development  (USAID), Obomeghie succeeded in exposing financial scams and plugging fiscal leakages such that the N17 billion debts, orchestrated by Khalaf and co. through alleged manipulations of overdrafts with the company’s bankers, was cleared within two years of his finance directorship. Today, SNL has a clean balance sheet, charting once again the trajectory of profitability and, in fact, owing no bank.

A new “chancellor of the ex chequer” is in the saddle, ensuring the integrity of the company’s compte rendu is in pari materia with actual incomes and expenditures. Now, that the position of Finance Director was hitherto occupied by a Lebanese has cleared every doubt about the likely conspiracy and complicity around Khalaf’s role. As I had indicated earlier, I would like to err on the side of caution as not to “harm” the reputation of the Lebanese octogenarian.

But certainly, this piece is not about Khalaf and his cohorts, but about Inu Umoru and his progenies. So guided, I will voyage into the past, to reconstruct the neighborhood identity of the late Inu Umoru.  This would align with what I knew while a student of Mass Communication at Auchi Polytechnic, from 1985-87; and, to deconstruct his subsequent essences of integrity in business in the national context and humaneness in his socio-political interactions.

His persona resonated with the Auchi Polytechnic community before I got into the institution and while I was there. I understand it continued until his death in August 2009. Inu Umoru was a successful entrepreneur with interest in Trading, Automobiles, Transportation, Hotels and Civil Construction businesses: and he was legendry for his philanthropic works. I recall how he occasionally became our talking-point in those days among colleagues in the Mass Communication class, for two significant reasons.

First, one of his children, Subedetu (we Anglicized it to Subedat) was in my class. Her presence in the class constantly reminded us of her father’s philanthropic acts towards the institution. Second, Inu Umoru’s contributions to the development of Auchi Polytechnic were indisputable facts. Therefore, it was something of interest to connect with the charitable spirit of Inu Umoru through one of his offspring within the walls of the same lecture room.

However, one thing remains instructive: whereas Inu Umoru had no formal education, he loved education and ensured his children got the best of it.  A great family man and lover of children who was blessed with many of them, he was compassionate, man-caring and God-loving.

He was trustworthy and trusting. Because of his quintessential individuality and the magnitude of his eleemosynary acts, he was conscripted to provide political leadership for Edo North Senatorial District, on Peoples Democratic Party’s (PDP) platform. The late Chief Anthony Akhakon Anenih was the project arrowhead. By that token, Inu Umoru completed the tripod that then comprised the late Anenih as the political leader of Edo Central and the late Dr. Samuel Osaigbovo Ogbemudia as the political leader of Edo South Senatorial District.

What Inu Umoru lacked in Western education, he made up in native intelligence. Wrapped in the profundity of his native intelligence was an unusual self-restraint against taking undue advantage of others. Coupled with that virtue was a generosity of spirit. He harboured and exemplified the pristine nature that found anchorage in the divine. He was thoroughly a good man.  The late Chief Anthony Anenih, to whom I was a media consultant at some intersection, attested to that aspect of Inu Umoru’s persona.

In his business dealings with Khalaf, although, there were established rules of the partnership, which he endorsed, from what I gleaned from those close to him, he decided to operate outside the rules to the advantage of Khalaf.  For instance, notwithstanding he had 70 percent shareholding to Khalaf’s 30 percent, from the outset, before Khalaf made his moves and succeeded, allegedly by sleight of hand, in grabbing 60 percent, he had always insisted and ensured profits were shared equally.

But today, Khalaf who was the “minority shareholder” had, over time, become the “majority shareholder”. The 40 percent shares, purportedly owned by Inu Umoru have spawned some complex narratives bordering on the propriety of the procedure or otherwise of rejigging the share distribution. Indeed, the process of undercutting Inu Umoru had been on even while he was alive.  I even learnt that when some persons updated him on Khalaf’s alleged dodgy stratagem and continued proclivity towards shortchanging him, his usual response was that “Oyinbo no dey lie”, meaning “White men don’t lie”.

That encapsulates how trusting Inu Umoru was.  But today, many would describe his approach as naïve. Regardless, he was able to preside over the SNL, sustaining it in business through the network of his national contacts, especially in government, despite the shenanigans of his Lebanese partner.  It is to his eternal credit that Setraco did not collapse under the weight of insider abuses. It is also to his eternal credit that he left behind brilliant and industrious children who have been able to keep the flag flying in the face of challenges.

This is the story of the Inu Umorus who have rallied together behind Chief Abu Inu Umoru, the incumbent Chairman of SNL, to salvage the indigenous brand and reposition it to become a stronger entity to continue to take-off from the labour market 8,000 direct staff members and 32,000 indirect employees.

Over time, I’ve met severally with some of the progenies of Inu Umoru. I was Subedat’s (now Mrs. Obomeghie) course-mate at Auchi. I had a chance meeting with Mr. Hafizu Inu Umoru, a director of SNL; and yet another chance meeting with Chief Abu Inu Umoru, Chairman of SNL. Indisputably, they are all chips off the old block – industrious, humane, unassuming and sedate. Significantly, what their father lacked in terms of education, they all made up with their scholarly and/or pedagogical dispositions.

Through them, the legacies of their father are well appreciated and his persona of generosity and goodness properly preserved. They mirror the spirit of the man – a spirit that binds them in the battle to save Setraco, which their father built on the foundations of integrity and humanity. It was this fact that made him invite the partnership of Khalaf, without the Lebanese contributing a kobo, save his so-called expertise. Life is not always fair…

Minister: “My Security operatives did not shoot anyone”