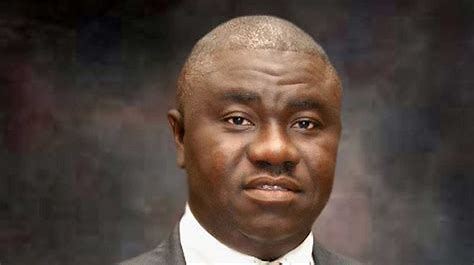 At the recent presidential retreat for his cabinet members, President Muhammadu Buhari defined the ethos that would undergird the workings of the team, stressing complementarity and synergy among his ministers to realise the core goal of national development.

The President’s message was succinctly communicated and I believe, rightly decoded by his audience. The cabinet would operate to serve the interest of an undivided executive under his headship as both head of state and head of government, in line with the theory and praxis of our presidential system of government. Essentially, the buck stops at Buhari’s table.

In the concerted effort of building his personal brand as a disciplined and sharply-focused individual, the President also underscored, for effective and seamless coordination of policy formulation and implementation,  a pragmatic deployment of the offices of the Secretary to the Government of the Federation (SGF) and his Chief of Staff (CoS).

As explained by the Senior Special Assistant to the President on Media and Publicity, Malam Garba Shehu, the president’s directive, spelling out the roles of the SGF and the CoS, was merely reinforcing the extant position. There are, actually, no new roles for the duo that are different from the ones they performed in the first term of the Buhari administration.

While the SGF has been responsible for ensuring the effective coordination and monitoring of the implementation of government policies and programmes; and therefore, all cabinet matters have been and must continue to go through him; the CoS has essentially been acting and will continue to act as the head of the presidential administration at Aso Rock, among others, as he was wont to do.

While projecting an undivided presidency, these arrangements help to define the ministers’ trajectory in driving the president’s vision as encapsulated in the mandates defined by their respective portfolios. This appears uncomplicated. To be sure, that is the intent of the president: to make governance simple in the achievement of seemingly difficult tasks. There is no better way to explain the president’s avowal to have the minister’s jobs simply cut out for them: collaborate and/or synergise for effective service delivery.

The Minister of State, without a doubt, had played the good host. There was, as reported in the media, amity. There was consensus ad idem on the issue of the budget, national planning and the imperative of a comprehensive national development plan. The duo must have appreciated that collaboration, and not contestation for space and individual accolades, is more important in the circumstance.

Approaching the homestretch in his folklore-type political odyssey, the president must be assisted to build a legacy of solid achievements for posterity. That was the essential basis of the maiden meeting both ministers had with top officials of the two merged ministries on August 27, 2019. A full complement of bureaucrats was in attendance: Mr. Ernest Umakhihe (Permanent Secretary, Ministry of Budget and National Planning), Dr. Isa Dutse and Alhaji Mohammed Dikwa (Permanent Secretaries, Ministry of Finance) and directors.

The highpoint of the meeting, beyond the conversation and rationalisation of the merger of the two previously separate ministries, as reported in the media, was the announcement that the Federal Government was developing a comprehensive National Development Plan, which would steer the country in the direction of nation building and growth. The news was quite cheery, coming on the heels of several years without a coherent national development plan that was acceptable to both the public and private sectors of the economy.

Herein lies the significance of Buhari’s admonition that ministers should collaborate, whether at the intra-ministerial or inter-ministerial level, to achieve development that accommodates the atmospherics, nuances and nitty-gritty that define Nigeria; development that is, truly, national and not provincial. The temptation of political leadership sliding into the cocoon of ethnic nationalism once in the saddle is largely discounted in the contemplation of a comprehensive national development plan that evolves with its significant benchmarks and implementation timelines. It is, henceforth, fundamentally sustained through disciplined management of the budgets.

Clearly, with the deployment of Ministers Zainab and Agba, President Buhari is poised to ensure the judicious management of public finance in the context of budgets that work. And, once the elephant in the room – the twin-problem of mismanagement and corruption – is taken care of, it becomes easy to link budgets with plans.  By way of positive digression, Minister Zainab expatiated on this when she appeared on the Nigeria Television Authority (NTA) discussion programme, “Good Morning Nigeria”, on Monday, August 26, 2019.

According to her, the president merged the Ministry of Budget and National Planning with Finance in order to remove strains and delays in policy implementations. Read her: “The intention was to link budget with plans because in the past we had had beautiful plans but somehow, they were not implemented. But it was still problematic because there was the challenge of the implementation of the budget and there was this gap as to what was seen as priority by the Ministry of Finance and what was seen as the priority by the Ministry of Budget and National Planning.

The dissonance between budgets and plans, at the root of sub-optimal performance of successive budgets in the actualization of targeted economic growth and development, was thus pin-pointed. In the absence of coherent national development plans – whether medium, long-term or rolling plans – stunted growth in the various sectors of the economy in real terms was accentuated. Against some justifiable cynicism in certain quarters, following Minister Zainab’s pronouncement, about government characteristically not walking its talk, there is the need to give the Buhari administration the benefit of the doubt – that it would muster the political will to push through this significant agenda.

It is reassuring that the Zainab-Agba tag team at the Ministry of Finance, Budget and National Planning has under its belt accounting, economics and business administration proficiency and knowledge to match reasonable promises and expectations with deliverables. Both appear ready to deploy that savoir faire in the national interest. They both seem to appreciate the task ahead. Although what has yet to be ascertained by Minister Zainab is the duration of the plan; that duration, according to her, would be decided when the plan is inaugurated.

For clarity, the national development plan is expected to direct the overall economic growth and development of the nation. And, in the spirit of collaboration and proactive scheduling of shared responsibilities, Minister Zainab had already requested Minister Agba to commence work on the national development plan once work on the Medium Term Expenditure Framework (MTEF) and the 2020 budget is concluded. Agba’s assurance that the Ministry would focus on deliverables, the MTEF and 2020 budget exemplified a team spirit that helps to add value to the effort at national growth and development through the essential plan.

Only accredited CBOs will access, provide services on NYSC portal —...

NPRGS will lift 100 million Nigerians out of poverty

Akume: Unveiling of the “just” George, By Sufuyan Ojeifo

NYESOM WIKE AND THE MADRID GANG, By Tunde Olusunle