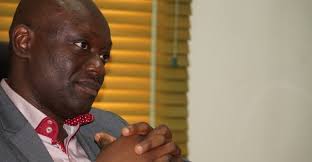 Obviously, if I were the one offering advice to the decision makers at the All Progressives Congress (APC), I would have suggested that since the core north had already produced the president and the south-west the vice-president, the positions of senate president and speaker should go to the two other zones in the south. The north-east and north-central should take the deputy positions, I would have proposed. This, I think, would provide for a more balanced political outlook in the interest of national cohesion. If national assembly rules had to be changed to accommodate this arrangement, so be it. We need the right political atmosphere for peace and progress, I would continue to say.

Of course, I am not a politician so it is easier for me to sit down in my living room and start sharing political offices from my laptop. Those who understand politics better than I do — having played it at the highest level — would say it is about risk and reward. I agree that things are more nuanced. I have listened carefully to both sides of the argument. From the Igbo side, the argument is that they are not wanted in Nigeria; they are still paying the price of the civil war; there is a conspiracy against them; they are being systematically pushed out of the federation through an unofficial policy of marginalisation. These arguments are widespread among the Igbo.

sense, therefore, it is easier to understand their choices: they would naturally bond with any political gathering that holds the promise of a better accommodation to give them a pride of place in the scheme of things. That would be a rational choice, in any case. Therefore, in February 2019, the Igbo naturally opted to vote for the Peoples Democratic Party (PDP). As things turned out, the party failed in its bid to wrest power from the APC at the polls. Had the PDP won, the No. 2 citizen would have been Mr Peter Obi, an Igbo, and you could also be sure many key positions in a government presided over by Alhaji Atiku Abubakar would have gone to the south-east.

However, on the other side of the fence, I have heard that the Igbo would get their “constitutional dues” under Buhari but would not enjoy the luxury of picking what they should get. Buhari himself has consistently said he gave four senior ministerial positions to the south-east in 2015 despite the fact that they did not vote for him. The word in his camp is that no matter what he does, he can never please the Igbo. He finds it difficult to understand why the Igbo have never supported him since 2003 when he first ran for office. In five election cycles, the south-east has made it very clear, through the ballot, that Buhari is not their kind of man.

It is also being argued in Buhari’s corner that he has been fair to the south-east in terms of projects — the biggest being the ongoing construction of the second Nigeria bridge which had only existed on the lips of previous presidents. Buhari made a bullet payment of N50 billion for the contract. That is probably the largest mobilisation payment for a construction job in the history of Nigeria, and work is going on steadily. This, it is argued in his camp, is proof that Buhari does not have anything against the Igbo. Regardless, the argument continues to go back and forth. I am not expecting the protagonists and antagonists to reach a consensus and shake hands today. Or tomorrow.

In all the arguments, though, we need to get something very clear: if we truly desire to make Nigeria great, it would be illogical and destructive to push Ndigbo to the margins. In the first place, we will never be able to construct the kind of political consensus we desperately need for nation-building and national development. We definitely need all hands on deck to move the Nigerian project to the next level. Secondly, the Igbo have demonstrated their abilities and capabilities in virtually every field of human endeavour, locally and globally, so it would be a disadvantage to Nigeria — not just the south-east — if we lock them out of the room. Politics must never triumph over reason.

That said, and leaving Buhari and APC out of the picture, we need to interrogate some issues that have continued to shape the debate about the place of Ndigbo in the Nigerian arrangement. One, are the Igbo and Hausa/Fulani permanent enemies — as the frosty relations between the two groups appear to suggest? Two, is there indeed a grand design to marginalise the Igbo? Three, if there is no such conspiracy, what are the chances that an Igbo would ever be elected president of Nigeria? These are not issues I can discuss in a 1,200-word article such as this and I honestly cannot claim to have unimpeachable answers to these questions, but I promise to put in a decent shift.

o start with, the impression you get today is that Igbo and Hausa/Fulani are enemies made from the foundation of the world. It is absolutely false. In the first republic, the two blocs aligned to form government. The west was in opposition. In 1979, less than 10 years after the civil war, Dr Alex Ekwueme, an Igbo, was elected vice-president to a Fulani, Alhaji Shehu Shagari. Dr Nnamdi Azikiwe’s NPP, which controlled the east, officially aligned with Shagari’s NPN at the national level. Chief Edwin Ume-Ezeoke (NPP) was speaker of the house of reps. Those were No. 2 and No. 4 positions for the Igbo. That does not suggest eternal enmity in my books, despite all the bile and bitterness of the coup and countercoup of 1966. We need not be completely moved by the emotions of the moment.

In the annulled third republic, the NRC was portrayed as the party for northern conservatives. Three of four south-eastern states were controlled by NRC while SDP, cast as progressive and south-leaning, controlled all the five states in the west. It was an established pattern of alignment. In 1999, the Igbo were more comfortable with the PDP, which was portrayed in the AD-controlled south-west as the party of the “northern oligarchy”. The Yoruba used to tease the Igbo as playing “second fiddle” to the north. It is amazing how things change in Nigerian politics. It now looks like the Igbo and the north have never seen eye to eye, but that would not be the true position of history.

But there remains a million-dollar question: if there is truly no conspiracy against the Igbo, why then have they never produced the president? If we are to set aside the conspiracy theory, can there be a plausible explanation? The Nigerian power matrix is constructed in such a way that one southern bloc will always be paired with the north. As we saw in 1979 and 1983, it was north/south-east. In 1993, it was south-west/north, although it was annulled. In 1999 and 2003, it was south-west/north. Ordinarily, it should have been north/south-east in 2007 but the south-south had emerged as a third southern bloc — following the militant campaign for resource control. That was a major disruption.

The rise of APC in 2015 on the strength of a north/south-west alliance has further altered the balance, worsened by the party’s poor showing in the south-east. We are now confronted with a situation: the south-west wants to take a shot at No. 1 in 2023. That would leave the south-east completely out of the north/south power equation — yet again. Avoiding technical arguments, ignoring conspiracy theories and adopting the sense of political expediency, therefore, many would say that the rest of Nigeria should only think of a president from the south-east in 2023. I would give it to the south-east if I had the power — in line with my belief in federal character.

Though, I find it quite irritating that we are already discussing 2023 in 2019, but that is the way we are. We were created for elections and political intrigues. Nothing excites us as much as politicking. And with what I can see and smell so far, 2023 will be fiercely contested between the power blocs. The north will certainly have a go again (there is nothing like power rotation in APC). The south-west will also have a go. The south-east will definitely make a strong case that it be given a chance in the interest of “equity”. I am unable to predict how things would go, but something tells me whoever forges the fight alliance will get it. It is all about playing the politics that will deliver the goods.

AND FOUR OTHER THINGS…

Mr Adegboyega Adenekan, a school supervisor, has just been jailed for 60 years for defiling a two-year-old girl under his care. Sentencing him on Thursday, Justice Sybil Nwaka of the Ikeja domestic violence and sexual offences court described the beast as “wicked, conscienceless and an animal who is not worthy of walking on the streets of Lagos”. I wish there were harsher words. Cases of rape are so prevalent in our society but only a few states take this seriously. There was a case I was pursuing in Ogun state last year. The animal was remanded in prison for raping a nine-year-old girl. He has since been quietly released and we can’t trace him anymore. Devastating.

Something cheery came from the World Bank last week: Nigeria has moved up by 15 places in the Ease of Doing Business ranking. Forget the fact that President Buhari recently carpeted IMF and World Bank statistics, describing them as “wild estimates” which “bear little relation to the facts on the ground”. This particular one is good for us and was promptly celebrated by the president himself. The Presidential Enabling Business Environment Council (PEBEC), chaired by Vice-President Yemi Osinbajo, deserves commendation for several initiatives that are easing things up a bit. We still have a very long way to go — indeed, small businesses also need to breathe with ease. Vital.

Nigeria has “struck” a deal with Russia for the completion of the Ajaokuta Iron and Steel Company Ltd, according to a scanty statement from President Buhari’s media office. This should be the highlight of the Russia-Africa Security Summit. The “ogbanje” steel company, once touted as the world’s fourth largest, was started by President Shagari in 1979 and has become Nigeria’s symbol of shame and a testimonial to our corrupt and inept leadership. It has produced more scams than steel. President Jonathan succeeded in legally rescuing the company from the asset-stripping Global Steel Holdings Limited in 2014. Let’s hope this new Russia deal is good for us and is for real. Optimism.

Nigerians, already paying so much for banking transactions, were jolted to receive yet another message from MTN recently that they would start paying N4 per 20 seconds for transfers done through USSD. Customers are already paying between N20 and N50 for such transactions. They even pay using USSD to check their account balances. Good thing the proposed charge by telcos has been suspended. The banks and the telecoms companies should now sit down and agree on how they are going to share what customers are already paying, not how to add to the charges. The notion that Nigerians are docile and would take anything must not be overstretched. Caution.