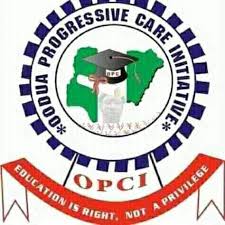 By Richard Akintade, Osogbo
Following the claim by the Presidency that those calling for restructuring are threatening the corporate existence of the country, the Oodua Progressive Care-Initiative, (OPCI) has joined other prominent Nigerians, calling for restructuring following what it described as the failure of the country.
The OPCI National President, Chief (Dr) Maruf Olarewaju made this call at a security lecture/seminar organised by the organisation for its officers at Ile-Ife in Osun State.
Already, there have been renewed agitations for the country to be restructured to avoid its break-up with some prominent people, religion leaders and traditional rulers joining the fray.
The OPCI boss who advised Nigerians not to be tired of demanding the restructuring of the country, said the Nigerian state had failed in the management of security, insisting on the need to revisit the way the country is structured to provide adequate security for the entire citizens.
Dr Olarewaju insisted further that the country must be restructured in order to address fundamental issues that ought to have been addressed since Nigeria gained independence in 1960.
Dr Olarewaju added that, “The two basic functions of the state are to secure citizens and provide for their welfare, the entire world as today aware and strongly believe that there is  no security of lives and properties in Nigeria, no hospitality, no good roads network, our education are crumbling while residents of the country are paying for darkness instead of light.
“Our politicians are disgrace of highest order, farmer cannot farm freely without been attacked by Fulani herdsmen, corruption has become rain of the moment while corruption has become rain of the moment among other.”
The OPCI President concluded that the Nigerian state was failing in both camps, saying “restructuring means addressing those failures and identifying ideas, suggestions, and changes that can actually fit into the process of improving them.”
Delivering the lecture, a retired military officers, who is also a traditional ruler for Olountele community in Ile-Ife, Oba Olatunde Bamigbola, commended the OPCI boss for organising the lecture at this point in time describing it as timely.
Oba Bamigbola who corroborated the calls by the people said restructuring was the solution to the current problems facing the country while urging Mr President to urgently attend to the calls.
According to the monarch, “Many conferences whose recommendations have not been implemented need to be implemented.
“We believe that Nigerians should never be tired about demanding that their country must be made to work. If the government is not going to do it on its own, it needs assistance. If it needs some pressure, we believe we can provide that pressure.”
People from all walks of life attended the colourful event.
Please follow and like us:

FG to partner Hungarian company to produce airplanes in Nigeria

This Kumuyi Is Simply Different, By Femi Adesina