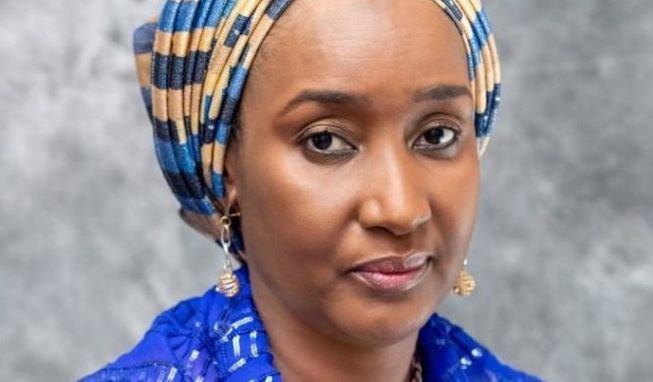 The Federal Government on Wednesday disclosed that only those who recharge their phones with N100 credit or less will benefit from the palliatives to cushion the effect of coronavirus pandemic.

This was disclosed by the Minister of Humanitarian Affairs and Disaster Management, Sadiya Farouq, in Abuja in a chat with State House correspondents, as she spoke of the modalities being put in place for disbursements.

She said her ministry intended to focus on the urban poor as it carries out President Muhammadu Buhari’s directive on the distribution of palliatives.

She said apart from the fact that only those who have N5,000 and below in their bank accounts will get government palliatives, those who also top their phone with N100 and below will also benefit from it.

According to her, “We are also using the mobile networks to know people that top up the credit units for their phones with maybe N100 or less. Those are also people that we consider to be poor and vulnerable. So, these are the three options that we are exploring and I am sure that by the time we get this data, we will be able to give this intervention.

“You are aware that the president in his broadcast of Monday, 13th April, directed that we expand the beneficiaries of the conditional cash transfer by one million and in this regard, we are going to focus more now on the urban poor.

“These are people who depend on the informal sector to earn their livelihood; they are daily wage earners and these are the people that we are really going to focus more on as well as people living with disabilities.”

According to her, only 25 per cent of the population will benefit for now, even though the scope may be expanded later.

“Let me also say that we have a standard. 25 per cent of the total population is what we will take out. It cannot go round but we are starting from somewhere. Around 25 per cent of let’s say the location of Lagos State, for example, is what is going to benefit from this intervention that we are doing. Going forward, we might expand it but this is what is obtainable for now.”

Rivers accuses FG of endangering lives of over 6 million Rivers...

PHOTONEWS: Oshiomhole, Ekweremadu, Agba, others at the burial of Pa David...

At NES25, President Buhari says ‘Nigeria’s unique challenges can only be...