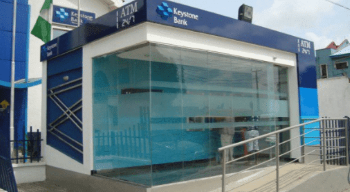 It was gathered that the building was under renovation when it caved in at 7.20 pm and trapped labourers working on the site.

He added that emergency responders, including officials of the Lagos State Fire Service, men of the Nigeria Police Force, among others, were on ground.

He said, “Upon arrival at the scene, it was discovered that a single-storey building belonging to the Keystone Bank collapsed while being renovated.

“It was reported that a single male labourer lost his life from the incident.

“LRT, LASG fire, LABSCA and police are at the scene carrying out joint efforts to retrieve the remains of the victims.”

Ex-Imo gov, Ohakim to be arraigned for alleged circulation of nude...