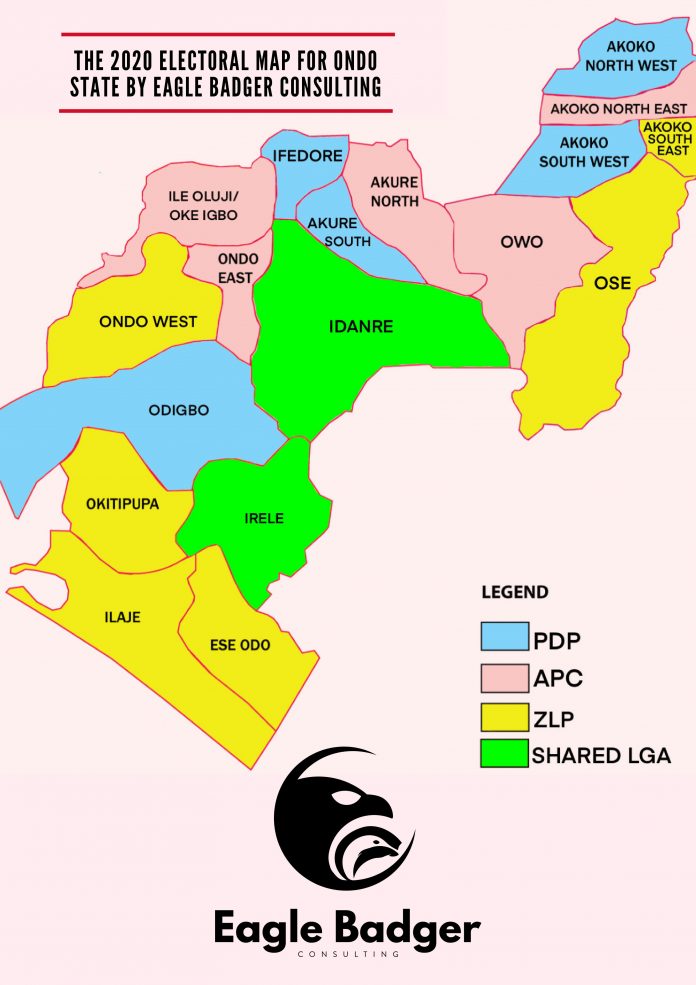 Next Saturdays governorship election in Ondo State will be down to the wire, according to a poll conducted by Eagle Badger, pollsters and consulting firm.
Eagle Badger, who are new entrants into the terrain of election outcome forecasts, were dead on point with the outcome of their poll on the likely outcome of Edo governorship election that Governor Godwin Obaseki would be re-elected and with about the percentage margin of win their poll came up with over Pastor Osagie Ize-Iyamu of the APC.
They said that the Ondo election was a three-horse race among the Peoples Democratic Party’ s  Eyitayo Jegede with 37 percent; All Progressives Congress’ Governor Rotimi Akeredolu with 36 percent and Zenith Labour Party’s Deputy Governor Agboola Ajayi with 22 percent. 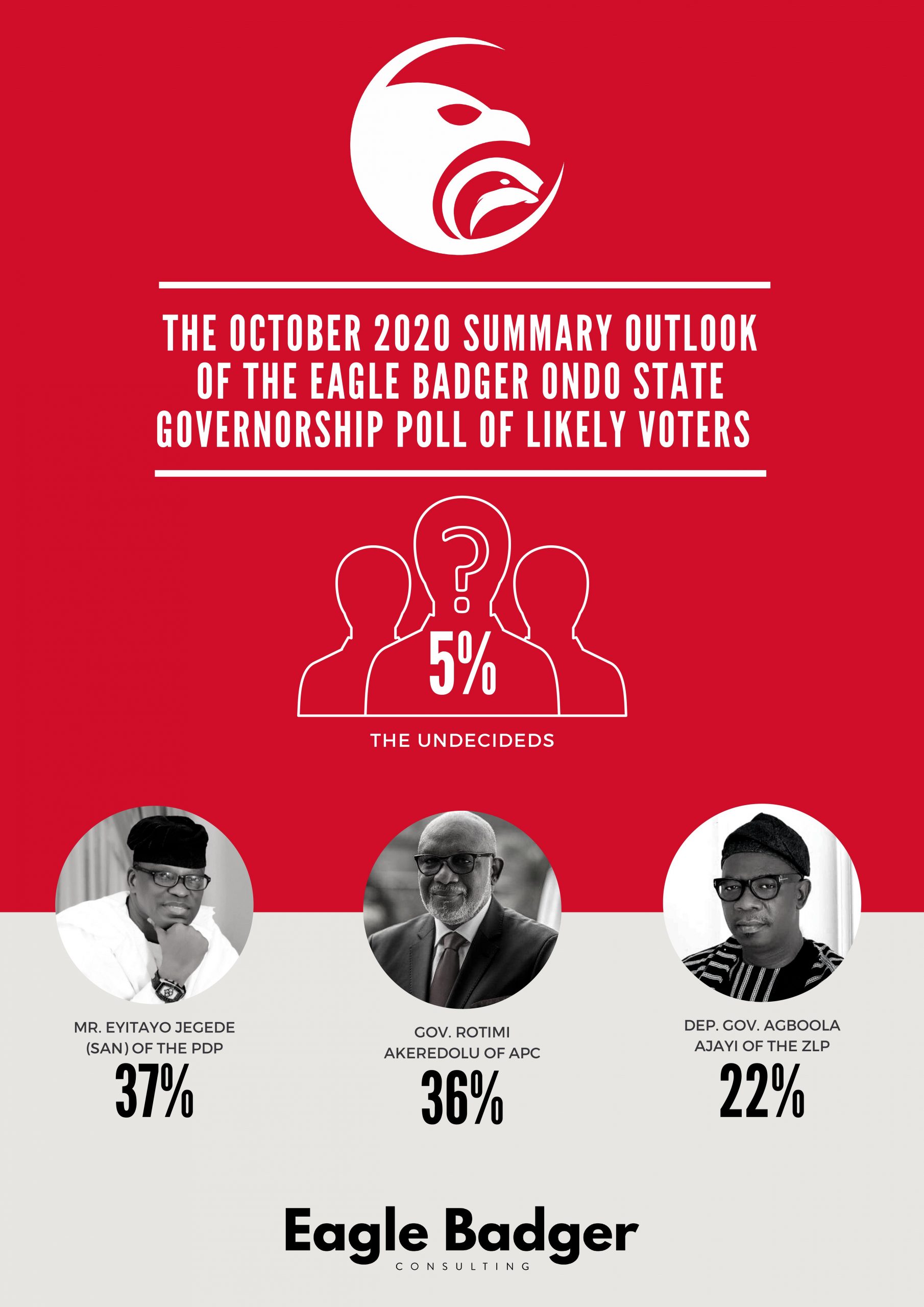 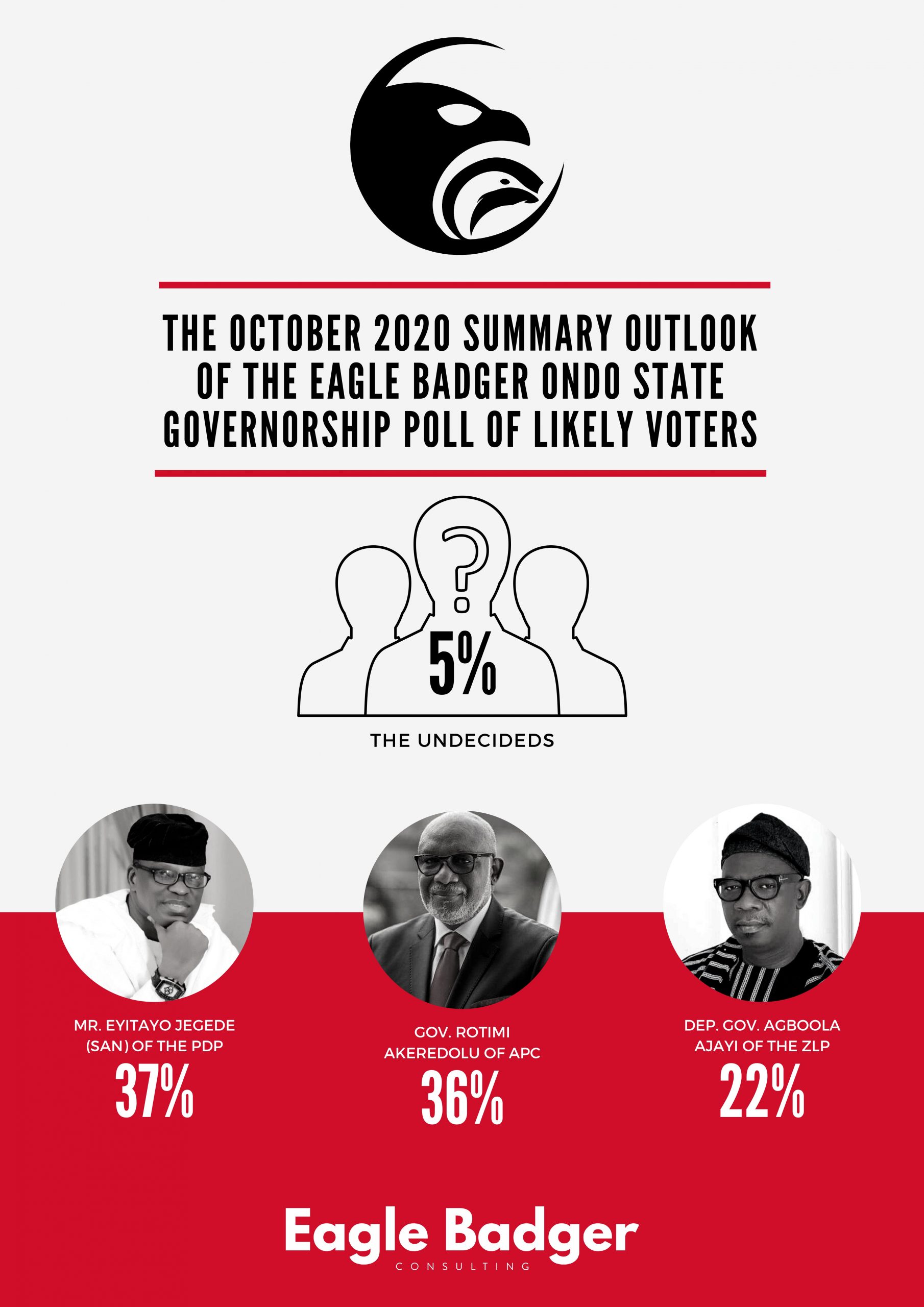 They said 5 percent of respondents’ opinions sampled were undecided.
Whoever will win will have to  be on top of the game of swinging the five percent  undecided voters largely to his side in the remaining days to the election.
Read their poll reports below:

About a half of COVID-19 cases in Nigeria are youths –...

PROCEEDINGS OF THE NIGERIAN SENATE OF WEDNESDAY, 2ND JUNE, 2021

Lancelot Oduwa Imasuen: A celebration of an icon, enigma, By Douglas...