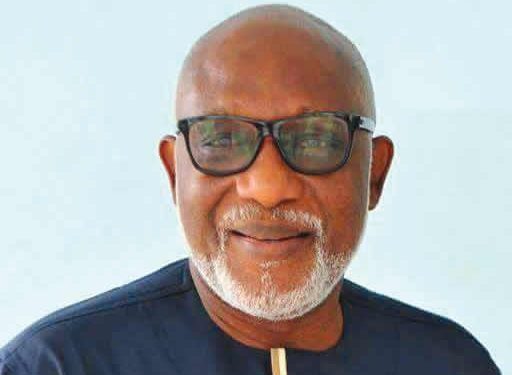 Members of the Unity Forum of the All Progressives Congress (APC) in Ondo and Governor Rotimi Akeredolu have reached a truce to work together for success of the party in the October 10 governorship election.

The first runner up in the Ondo APC primary, Chief Olusola Oke, led the Unity Forum members to visit Akeredolu where the truce was reached.

No statement was issued after the meeting but an aide to Chief Oke, Mr Rotimi Ogunleye, said the discussions were successful.

Ogunleye said the Governor accepted proposal of the Unity Forum on the needs for all stakeholders to work for the party’s victory.

Before the meeting, Oke had told newsmen he and his followers have resolved to remain members of the APC in their respective wards.

He said: “As members we are interested in a united, cohesive APC where members will be treated as equal, where government patronages will no longer be sectional, where rights and privileges of members will be respected without hindrance.

“It is not in the interest of any member of our party for this state to slant into opposition. We will do everything possible on our part subject to condition and terms to be agreed upon.

“Our group insists that because of the experience in the past where promises were made and not kept, where people were given assurances but were denied.

“It is important that the reconciliation should be comprehensive and involved all the strata of our party. That is the only reconciliation that will instill confidence on our people.

“We acknowledge that our follower ship account for more than 20 percent of membership in Ondo State. We believe in APC.

‘’We are interested in the preservation of the governance of the APC subject to modification, adjustment, redirection and refocusing that will be contained in our charter of demand which will be presented to the Governor.”