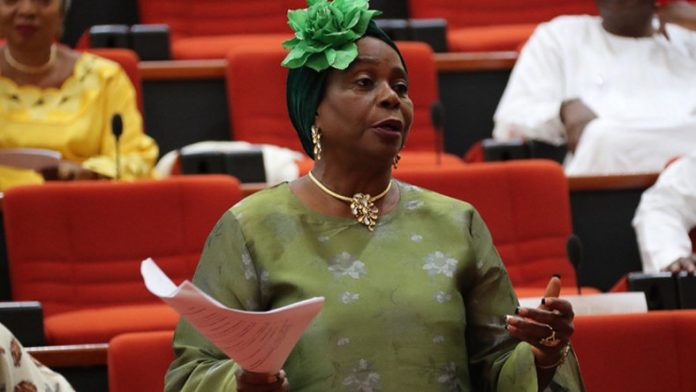 Last week’s judgment by the Court of Appeal declaring Senator Abiodun Olujimi as the duly elected senator for Ekiti South Senatorial District has reopened the internal war in the Ekiti State chapter of the Peoples Democratic Party, PDP, as to who is the leader of the party in the state.

Checks by our correspondent revealed that before the last general elections, in the bid to have a sort of total control over the party, immediate past governor of the state, Chief Ayodele Fayose, instructed his supporters to work against Olujimi’s election.

Some of Fayose’s supporters went to the extent of attacking Olujimi’s personality on social media and even on some radio stations in the state.

The rivalry for the leadership of the party in the state also affected the preparations for the elections in the state, as the supporters of Fayose and Olujimi worked at cross purposes.

It took divine wisdom by the national leadership of the PDP to manage the situation for it not to degenerate to a very ugly level.

Now, with Olujimi becoming the person currently occupying the highest political office in the country in Ekiti PDP, she is been seen as the automatic leader of the party in the state.

However, some supporters of Fayose are saying as a two-time governor, he should be the leader.

Olujimi served as Fayose’s deputy during his first term.

The development is bound to affect the conduct of the state congress of the party early next year.

A new set of executives are to be elected into office in the state next year from ward to state level.

Torres tests positive for COVID-19 hours after being unveiled by FC...