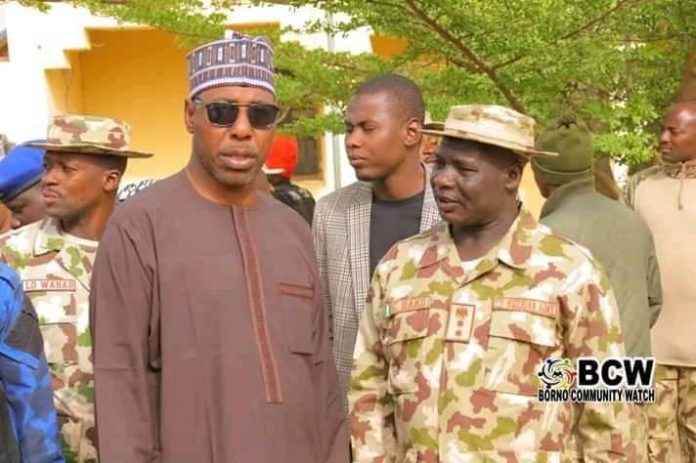 The Olowu of Kuta in Ayedire Local Government area of Osun state, Oba Adekunle Oyelude Makama, has expressed shock at the attack on the convoy of Borno State Relocation Committee.

Oba Oyelude in a statement made available to The Conclave in Osogbo said while it was regrettable that policemen and soldiers died in the attack, it was noteworthy that the governor himself was said not to be in the convoy when the attack happened.

“I commiserate with the governor over the tragic loss of lives. But we thank God that the terrorists did not achieve their primary purpose of hitting the governor personally because he went by helicopter to Baga.

“I learnt it was the convoy in which the state relocation team was that was ambushed.

“Some of the dead died of IED planted on the very bad road to Baga. I condole with the families of the dead. God will give them the fortitude to bear the losses,” the Oba said.

It will be recalled that jihadist fighters linked to the Islamic State group on Friday killed several security personnel in an ambush on the convoy of the governor, the Agence France Presse (AFP) reported Friday night quoting sources.

The AFP said that eight policemen, three soldiers, and four members of a government-backed militia were killed in the attack on vehicles in the convoy of the governor near the town of Baga on the shores of Lake Chad.

Zulum was on an assessment tour of Baga in preparation for the return of thousands of residents displaced from the town by the jihadists in 2014, the sources said.

The Olowu of Kuta advised Governor zulum to aggressively tackle the deplorable road networks in the state, or leverage on the North East Development Commission in assisting the state on road construction.

The monarch praised the Army for their quick response in repelling and countering the insurgents despite the bad roads.

Health Minister raises concerns, says 10% of COVID-19 victims are below...

Arrest me with proof that I plan instigating violence in Ebonyi...

Who Is Squeezing Bakare’s Balls? By Femi Fani-Kayode

Harnessing Youth Potential through Sport Can Provide Employment Opportunity As a...