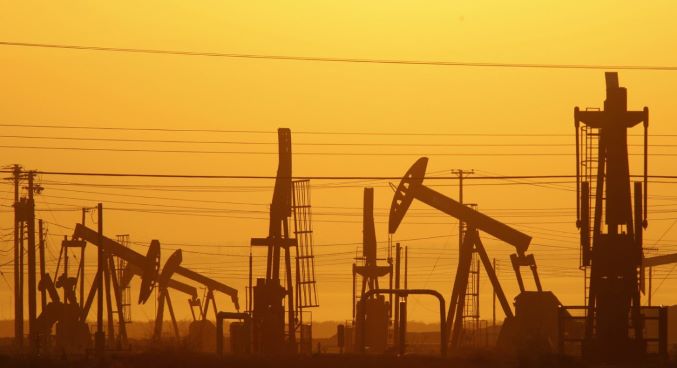 Crude oil’s sudden price collapse may offer temporary breathing space to oil-linked term LNG buyers, but it won’t drastically alter the scope of LNG term contract negotiations unless those low price levels are sustained over a longer period, analysts told S&P Global Platts.
Although oil’s price fall has narrowed the gap between spot and term LNG prices, it’s too early for the LNG market to jump to concrete conclusions on what proportion of the fall is backed by supply-demand fundamentals and to what extent it’s investor-driven.
“The recent oil price crash will only impact long-term contract discussions if these low prices persist for an extended period of time,” said Jeff Moore, Asia manager at S&P Global Platts Analytics.
“On one hand, it showcases that oil-indexed contracts do have access to periods of relatively inexpensive prices. However, it also showcases that the oil markets are quite volatile and that this volatility has very little impact on global gas fundamentals,” he added.
Platts Analytics is tracking roughly 40 million mt/year of contracts that are set to expire in 2020 or 2021 and although oil-indexation is looking more competitive given where Brent is now, it’s still not at levels that compete with the JKM given where historic slopes have been, Moore noted.
“As the current development unfolds and barring any compromise reached between Saudi Arabia and Russia, crude prices will remain under a lot of pressure in coming months, with Dated Brent likely to hover around $30/b through early June on the back of weak demand and increasing OPEC oil supplies,” said Kang Wu, Head of Asia Analytics at Platts.
“Only when coronavirus-hit demand recovers, most likely during the second half of the year, we will start seeing crude inventories being drawn down and some support for prices,” he added.
NOT JUMPING TO CONCLUSIONS
Most analysts doubted oil prices could remain at very low levels for a long period.
“The downturn in prices is short-term in nature that may last for months, not years. As such, it is unlikely to affect negotiations for long-term LNG contracts which average around 10 years,” said James Waddell, senior global gas analyst at Energy Aspects.
The appetite for oil-indexed deals in the years following the 2014 oil price crash has risen, but it was clear at the time that the shale-oil revolution in the US would result in a sustained period of depressed oil prices, Waddell said.
In contrast, oil prices are expected to recover within this year, either because of OPEC and non-OPEC members returning to the negotiating table to agree on new cuts or because the current price of oil leaves US oil production uneconomic, with the consequent drop in output reducing global supplies, he added.
“Assuming a recovery in oil prices toward the end of the year as the impact of COVID-19 on oil demand dissipates, there is still a structural disconnect between global gas prices and oil-indexed contracts,” Waddell said.
This is because the amount of liquefaction capacity that has been commissioned as part of the current wave of export projects, as well as the next wave due to appear in the middle of the decade, should continue to keep a lid on gas prices, he added.
IT TAKES TIME TO REFLECT
A leading Indian LNG trader said that low oil prices take time to be reflected in LNG term contacts, noting the Brent number for the April LNG contract calculation will be the average of Dated Brent over the previous three months.
Thus the plunge in oil prices in March will be reflected in the April LNG price in a weighted manner. The complete reflection of low crude oil prices will be felt only in June, and only if oil prices in March, April and May remain in the $30/b-$40/b range, the trader added.
“Crude prices will have to remain at low levels for three months in order to reduce the import bills of import-dependent developing countries in Asia,” the trader added.
The Brent slope of spot LNG prices has risen sharply since the plunge in crude oil prices, with Platts JKM prices — currently at $3.50/MMBtu — finding some support due to emerging demand from some North Asian buyers and Chinese industrial users.
The average Brent slope of spot LNG prices was 5.33% in February, compared with 10.12% last Friday, if we assume Brent prices of around $35/b. The Brent slope of the spot LNG price is equivalent to Platts JKM, the benchmark for spot LNG prices in North Asia, divided by the Dated Brent price.
“I think it may take some of the pressure off renegotiations, especially when buyers and sellers have other things to worry about in the context of coronavirus,” said Mike Fulwood, senior research fellow at Oxford Institute For Energy Studies.
“But in terms of buyers’ appetite for new oil-indexed contracts, that is waning anyway, and I doubt lower prices would lead buyers to say that these are fine now,” he added.
Source-S & P Analystics
Please follow and like us:

Journalists, others who were at Abba Kyari’s burial declared COVID-19-free