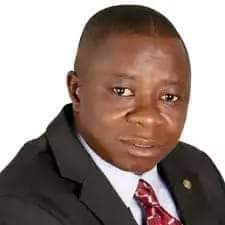 His media urchins had gone to town to announce a Presidential Directive to National Chairman to give Obaseki the right of first refusal in the build up to APC primaries.
I laughed profusely at the naivety of these kids and grimaced at the sheer wickedness of one of the relatives of the Governor who went on air to announce same.
Where is the provision for right of first refusal in the APC Constitution?
This is nothing but a clear case of living in denial of the obvious reality on ground in the politics of the APC primaries soon to be held.
In a way it is blackmail as well a calculated gimmick to give the diminishing following of the Governor a false sense hope under an obvious condition of despair.
Nothing can be farther from the truth. Edo State Governorship elections was not a subject of discussions in the Governors’ meeting with the President or indeed at any of the fora leading to the well deserved triumph of the National Chairman over the forces that seek to oust him from office prematurely.
Those announcing it were no where close to Abaji or Aso Rock or even the Court of Appeal Abuja.
Governor Obaseki keeps pretending that the National Chairman is the one fighting him whereas he is the one fighting the National Chairman and numerous leaders across the State.
His combination of blackmail and terror as an instrunent of gaining political control against party leaders and the National Chairman drove him into the frenzy of deploying huge state resources into the failed the Oshiomhole must go project which he coordinated with other retrogressive forces and funded from the Edo State coffers. Oh what a pity. Edo State is the loser for it!
Talking about reconciliation, Obaseki, strangely through his media adviser Crusoe Osagie and Don Pedro are drumming it as if the Akande’s Committee on reconciliation never existed before Obaseki deployed Edo State resources into the removal of Oshiomhole. Who is deceiving who? Obaseki should reconcile himself at home with party leaders and members whom he has been seeking to decimate and stop living in denial or blackmailing the National Chairman by reminding him that cases are still in Court against him. The National Chairman is capable of defending himself.

Disarray as 47 players affected after positive Covid-19 tests on Australian...