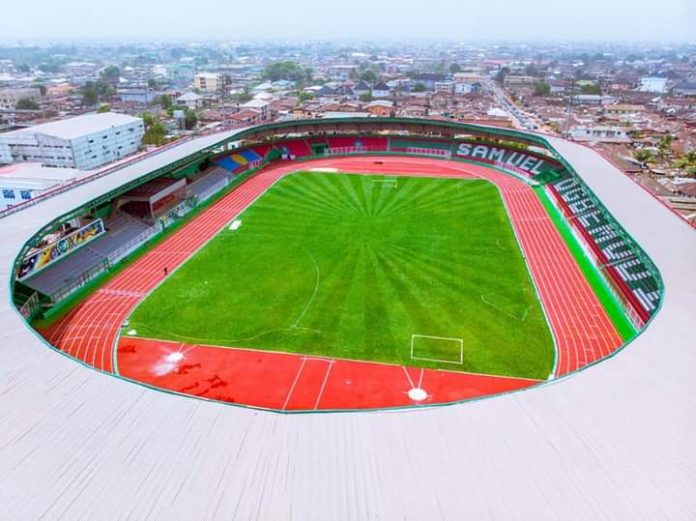 The Edo State Governor, Mr Godwin Obaseki, has assured players, supporters and all visitors of their safety and security as they come to the state for the Super Eagles’ 2021 AFCON qualifier against the Leone Stars of Sierra Leone at the Samuel Ogbemudia Stadium in Benin City, the state capital.

The game doubles as the first competitive match for the Super Eagles since the outbreak of the coronavirus (COVID-19) pandemic and the first major competitive game to hold at the Samuel Ogbemudia Stadium since its reconstruction.

The match will be played on November 13, a day after the inauguration of Governor Obaseki and his Deputy, Rt Hon. Comrade Philip Shaibu, for their second term in office.

Special Adviser to the Governor on Media and Communication Strategy, Mr Crusoe Osagie, affirmed the readiness of the state to host the teams and lovers of football, expressing confidence that the Super Eagles would be victorious.

According to him, “We are proud to play host to the AFCON qualifier between our Super Eagles and Leone Stars of Sierra Leone at the world-class Samuel Ogbemudia Stadium.

“This match is dear to us as it is coming barely 24 hours after the inauguration of Governor Godwin Obaseki on November 12.

“As a sport loving government, the Governor Obaseki-led administration has made concerted efforts to ensure the safety and security of all players, supporters and visitors who would be in the state for the football match. The governor has promised that the Super Eagles won’t lack any form of support to come out victorious in Benin City on November 13.

“The very competitive match will also be an opportunity for the governor to showcase to Edo people and Nigerians the holistic transformation of the stadium into a world class facility. Players and supporters alike will be treated to one of the best sporting facilities in the world, which features a Video Assistant Referee (VAR) technology.”