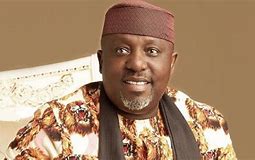 Obasanjo noted that by all measures, “Okorocha has lived a worthwhile life of service to the nation and humanity and has proved his competence in various fields of endeavour.”

In a statement signed by his Special Assistant on Media, Kehinde Akinyemi, on Tuesday, the former President who appointed the former governor as Presidential Adviser (Inter-Party Relations) during his administration between 1999 – 2007, said he demonstrated strong commitment and enhanced partnership among all the shareholders.

“Between 2011and 2019, you served as Governor of Imo State, where you pursued peaceful co-existence between people of different ethnicities and religions in Imo State. And currently as a Senator of the Federal Republic of Nigeria, you have adequately represented your Constituency, Imo West Senatorial Zone. For all these, we give glory and honour to God, the Creator.”

Obasanjo added that Okorocha’s life had demonstrated clearly “that from a modest background, determination, industry and dedication, one can lead a life of success to humanity.

“I am glad to note that, marking your birthday, you will be spending your precious time with the less-privileged and the vulnerable members of our society.

“It is not surprising anyway, as you have done similar thing in the past.

“Your underlying commitment to education and your quiet philanthropic activities, which culminated in your establishment of Rochas Foundation cannot be over-emphasised.

“Indeed, you must be commended for the magnanimity, gesture, deep love, concern and admiration that you have always exhibited towards the common people in particular and human capital development in general,” Obasanjo was quoted to have said.